Speeding Up The Game: The MLB Will No Longer Allow Pitchers To Deliver Stirring Monologues Between Pitches 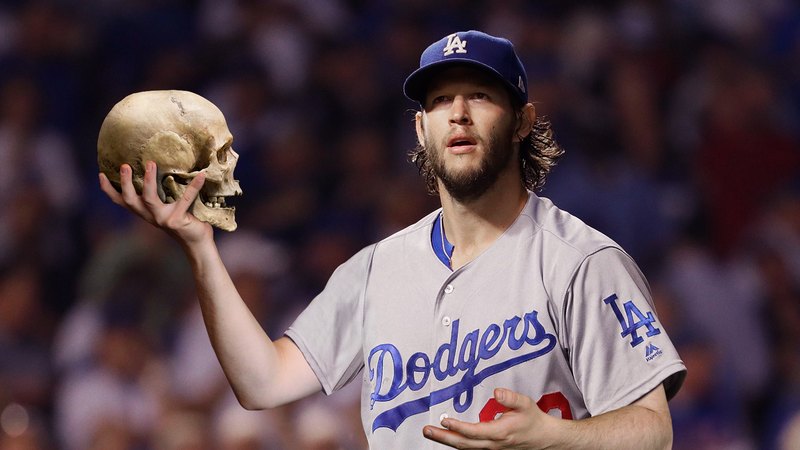 If you’re getting tired of baseball games dragging on endlessly for hours, you’re in luck. In an attempt to speed up games and boost ratings, the MLB will no longer allow pitchers to deliver stirring monologues between every pitch.

Get ready for a new era of streamlined baseball!

MLB officials instituted the monologue ban after a game between the L.A. Dodgers and the Milwaukee Brewers took more than 12 hours to complete due to Dodgers pitcher Clayton Kershaw taking upwards of 15 minutes between each pitch to dramatically contextualize every fastball and splitter he threw in the arc of all of human history, starting with the very dawn of civilization. Although the crowd of 35,000 people was in tears by the end of each of Kershaw’s monologues, the length of the game resulted in low television ratings, and TV stations broadcasting the games received thousands of complaints. In order to avoid future catastrophes, MLB officials announced this morning that they would be banning between-pitch speeches altogether.

The debate over banning monologues between pitches began in 1999, when Randy Johnson delivered his now-famous monologue “I Am The Black-Hearted Sultan Of Velocity” between pitches on a 2-2 count in the third inning of a regular-season game. The speech took more than three hours for Johnson to deliver, touching on subjects ranging from the history of the modern fastball to the role of incest in ancient Greek mythology. While the monologue received a standing ovation at the time, it was later criticized for severely delaying the game.

While it’s probably for the best that the major leagues find a way to keep baseball games moving, you’ve got to admit that some of the monologues that pitchers have delivered have been truly beautiful. From Walter Johnson’s 45-minute poem about how love is the wildest pitch of all during the 1924 World Series to Max Scherzer’s baffling and unsettling “Now I Shall Give Up Another Tremendous Dinger” speech last year, these monologues have been an indelible part of the sport’s history. It’ll be tough to see them go!

Just look at this monologue from Detroit Tigers ace Justin Verlander, delivered on a one-ball, no-strike pitch while Melky Cabrera of the Chicago White Sox waited in the batter’s box. Verlander’s monologue is extremely long and hard to follow, but there is a magic to his words that we’ll definitely miss:

While we’ll never hear beautiful words like these on the pitcher’s mound ever again, it looks like this is the price you have to pay for progress. We’ll never get to see a pitcher move a sold-out crowd to tears with his words before issuing an intentional walk, but at the end of the day it just may help keep people interested in baseball. This is the end of a long tradition, but you’ve got to admit that it’s going to speed up the game!