Stepping Up: When Their School Dissolved Its ROTC Program, These Students Formed Their Own Paramilitary Group 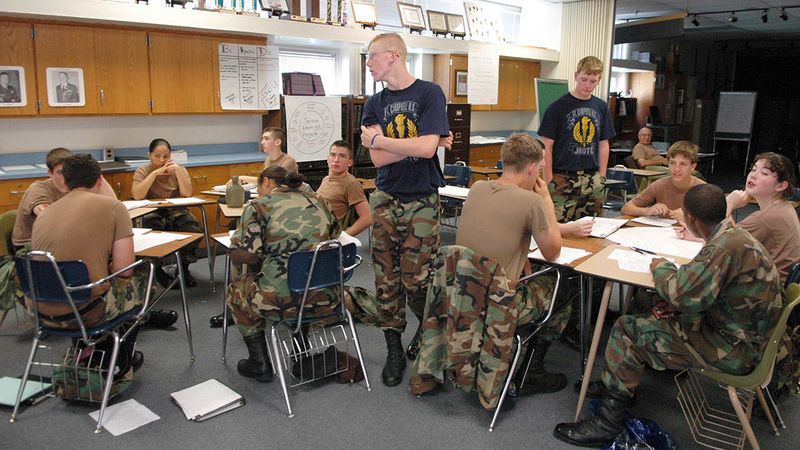 Well, here’s even more proof that self-starting young people are just amazing. When East Springfield High School lost funding for its ROTC program, dozens of young cadets were left without an extracurricular outlet. That’s when these resilient students stepped up big time and created their own on-campus paramilitary organization!

They were told that they could no longer use the school’s field for drilling. They were told the program was done for good. But these awesome and resourceful teens didn’t listen. They pooled their money together to replace their ROTC’s firearms arsenal.

And it didn’t stop there. Pretty soon, they’d renewed their efforts to acquire a fleet of ATVs, several months of survival rounds, and a bulk crate of live ammunition, and even designed an eye-catching new red armband that all the members are now sporting.

Wow. How’s that for grit? These kids refused to let their ROTC program die. They made a plan, they acted on it, and now they effectively control a large part of the woods surrounding their small town and no longer attend classes!

Nobody’s really sure what they’re up to all hours of the day and night, but they sure look sharp marching up and down the town’s main thoroughfare! If only every high school student could show half this group’s drive and determination.

And to think that this incredible paramilitary organization started from just a few budget cuts! These kids are awesome, and though it remains to be seen exactly what they want, it looks like we can expect big things from this group of armed young men and women.