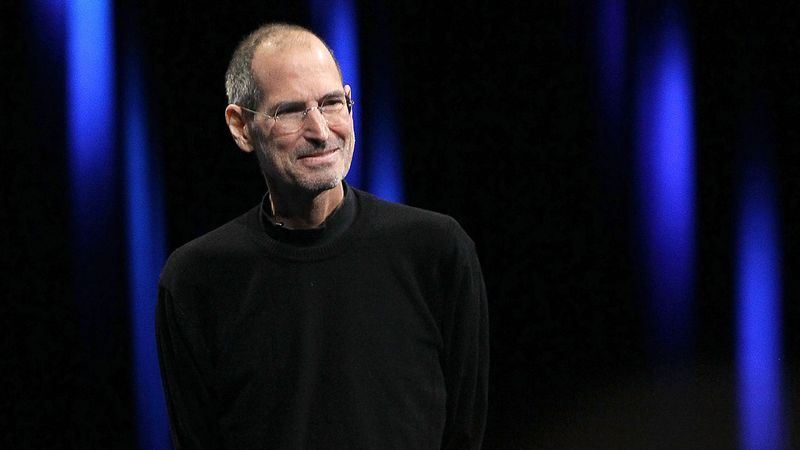 So, you’re young, you’re smart, and you want to change the world. How do you do it? Every budding entrepreneur thinks about this important question, but leave it to American inventor, leader, and all-around genius Steve Jobs to answer it once and for all.

In 2003, Jobs wrote an amazing open letter, addressing it to “All the rebels in the world who are wrong enough to be crazy.” Collected below are the eight excerpts every budding entrepreneur needs to read.

“If you’re lucky enough to find one of those people, don’t let them go.”

3. “Design can come from anywhere, because design is everywhere.”

“It’s every idea you create, every sentence you utter, every decision you make. Design is a pile of wood, or a lion killing a gazelle. When a child speaks its first word, that’s design, and that’s true even if the word isn’t ‘design.’ Design is the Lord’s Prayer. Design is the deep sea. When we die, our bodies become design.”

“Give them more credit than you think they deserve. They just might be right. For example, I’m probably the only guy on this planet who thinks naked people are wearing more clothes than clothed people. And I don’t think astronauts are wearing any clothes at all.”

5. “We have this bad habit of imagining the future as flashing robots zooming around, surfing on conveyor belts and shooting electricity.”

“Well, that’s only part of it. The rest is people—actual human beings—doing all of those same things.”

“Innovation doesn’t come from nowhere. It’s already there, waiting to be assembled. The iPod is a white medal connected to earrings. Two adjacent news stories about a local rodeo and a hiker who pushed his friend off a cliff gave me the idea for Woody, the villain in Toy Story.”

7. “Everyone has the wrong idea about work.”

“A good answer to the question ‘What time do you leave work?’ is to say, ‘Never, since my work is my passion.’ But it takes a genius to continue by saying, ‘And by the way, my passion is design.’”

8. “Whatever you do, you must never let the voice in your head control the brain in your heart.”

“If you can follow this one rule every single day, success really is that simple.”