Students Were Frustrated With The Dress Code, Then One Of Them Had An Idea, Then He Forgot It, Now He Can’t Remember It 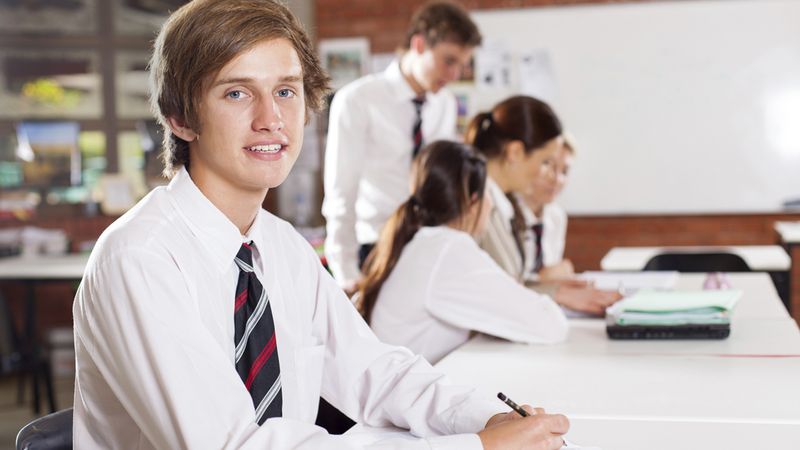 When one Indiana high school decided to ban leggings and bare shoulders for being “too distracting,” they probably didn’t know they were about to ignite a national conversation. That’s when sophomore Benjamin Nitz thought of a solution that he knew would make the school board, parents, and students happy. And then completely forgot it.

“This is a very multifaceted issue and this idea really takes every point of view into account,” says Nitz, a 15-year-old honor student and the mastermind behind the idea that would’ve put this whole issue in perspective. “But yeah, it’s gone now. I have absolutely no idea what it even could have been.”

It’s no secret that young women in this country are treated to a double standard regarding what constitutes appropriate attire. According to Nitz, this idea would’ve really cracked it wide open, capturing the attention of blogs and the national media alike.

“I feel like it was something like…if the girls have to…if they aren’t allowed to…but then the boys….” Nitz added. “God, it made total sense.”

Nitz’s classmates agree. “It’s our school,” said Brianna Harris, a 17-year-old senior who received a controversial detention for wearing a tank top. “We should be the ones who try to remember what to do.”

For now, students, parents, and faculty alike are just trying to put the controversy behind them, but Nitz isn’t done changing the world yet.