Stunning Intelligence: For The First Time Ever, Scientists Have Observed A Chimpanzee Blow Up A Human Child With Its Mind 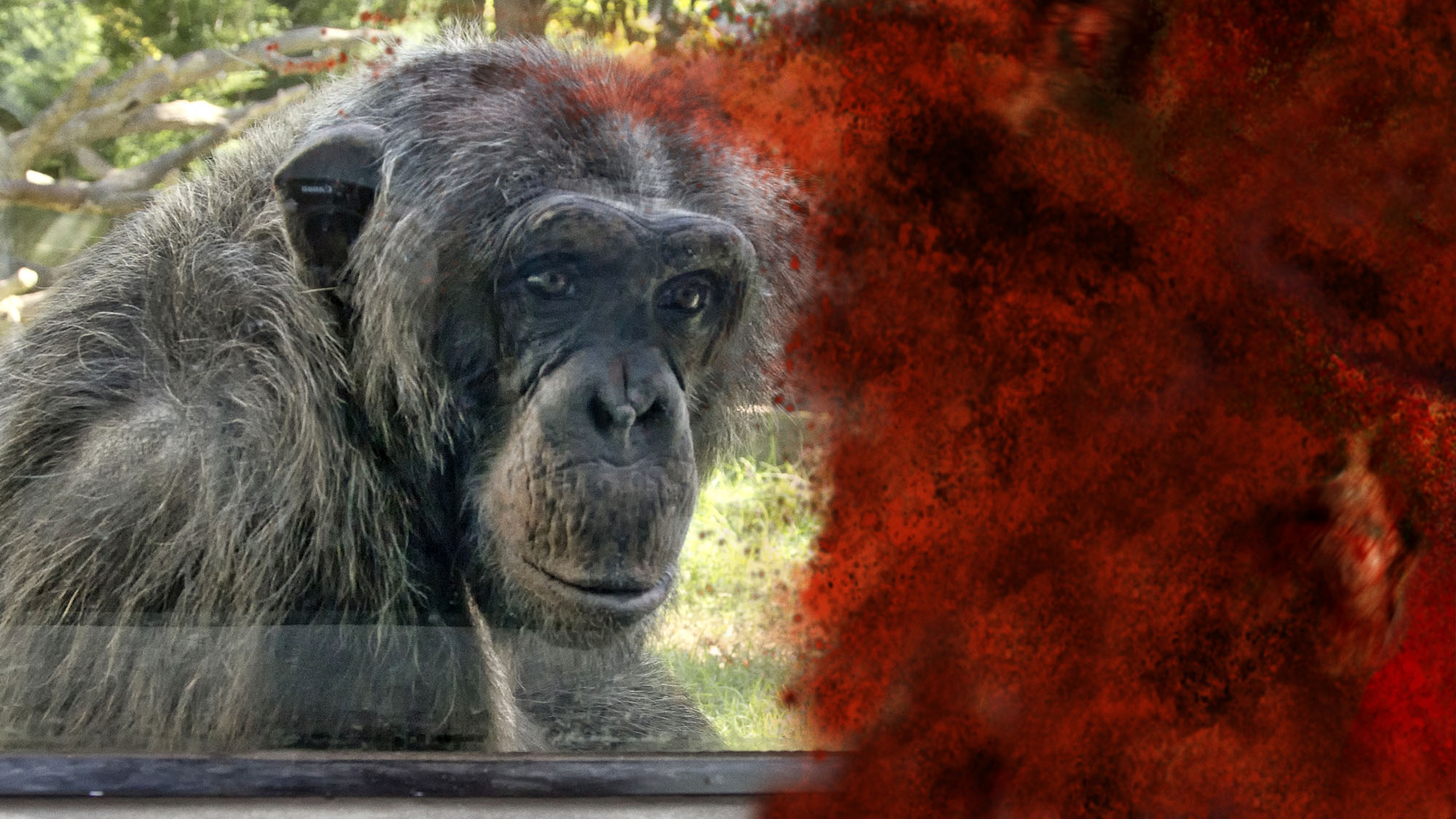 Researchers just made a groundbreaking discovery in the forests of Guinea, and it’s changing everything we know about animal intelligence: For the first time ever, scientists have observed a chimpanzee blow up a human child with its mind.

Wow! We knew chimps were smarter than most animals, but this exceeds even our wildest expectations.

Early yesterday morning, primatologists in Guinea’s Badiar National Park witnessed an incredibly sophisticated behavior never before seen in chimps in the wild: An older female chimp named Cashew approached an 8-year-old human boy, closed her eyes, and detonated him using an immense amount of psychokinetic energy. Chimps have been known to use tools and even pass the mirror self-recognition test, but until now, researchers have never seen a chimp telepathically lift a 60-pound human child off the ground and then make his entire body explode into a red mist. It must have been an incredible moment!

This is a huge game-changer for how we think about non-human intelligence.

“In the past, chimps and our early human ancestors would have competed for resources like food and territory, so it makes sense that chimps would have evolved a way to blow up their adversaries’ young with their minds to reduce that competition,” said Alistair Randall, one of the primatologists who witnessed this incredible behavior. “It’s possible that Cashew thought the boy was too close to one of the berry bushes she usually eats from, and used her mind to pop him like a water balloon as a way of safeguarding an important food supply. Of course, there’s a lot we still don’t know about chimps vaporizing human children with their brains, so it may also have been an information-gathering technique to learn if the boy had anything useful inside of him, or even just a playful expression of joy. Chimps mentally willing human children into exploding is totally uncharted territory for us, and we’re all incredibly excited to learn more about what makes these fascinating creatures behave the way they do.”

It never ceases to amaze us how clever animals can be! Kudos to these researchers for their astonishing discovery, and here’s hoping we continue to learn more about the amazing depths of chimpanzee intelligence!