Take That, Drumpf Lovers! A Research Team At MIT Has Conclusively Proved That Trump = Voldemort 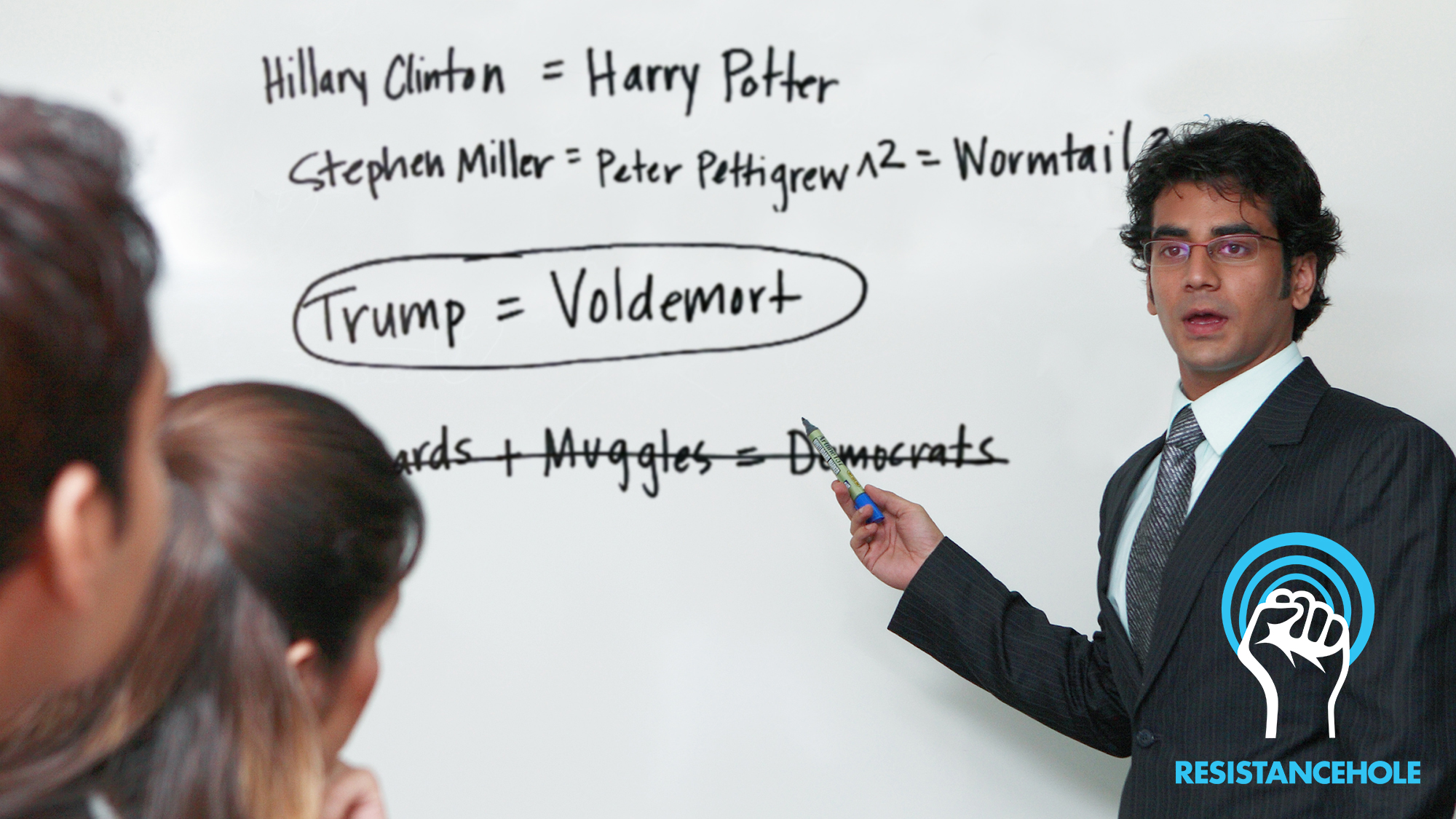 Hey, MAGA idiots! You can yell all you want about how the media is unfair to Donald Drumpf, but now there is officially a little thing called MATH that empirically proves he is the worst: A research team at MIT has just conclusively proved that Trump = Voldemort.

Wow. Let’s see you talk your way out of this one, Trump stans!

“The big breakthrough came last fall when we discovered that Stephen Miller = Peter Pettigrew2 and Freedom Caucus = Death Eaters,” research lead Anwar Yadav said in a statement about the groundbreaking study that will have Drumpf fans screaming. “But we got stuck when the proofs suggested that Jared Kushner = Ron Weasley + Hagrid. Luckily a graduate student noticed that there had been a rounding error on Paul Ryan / Luna Lovegood = Snape, and everything snapped into place after that.”

Wow. Liberal pundits across the country are already suggesting that this may be the Orange One’s most devastating loss yet, because math is objectively always right. So much for Trump 2020!

“These findings have far-reaching implications,” Yadav continued. “Not only do we now have incontrovertible proof that Trump = Voldemort, but we’ve also managed to surmise that Kellyanne Conway = Bellatrix Lestrange and the Democrats = Dumbledore’s Army.”

The Drumpf administration must be seething with rage now that the exhaustive study, which cost $28 million over nine months, has reached this conclusion. Looks like fighting for the Resistance just got a lot easier!