Taking A Stand: ‘The New York Times’ Editorial Board Has Announced That George H.W. Bush Shouldn’t Do Too Many Other Things Because It Is Done Editing His Obituary 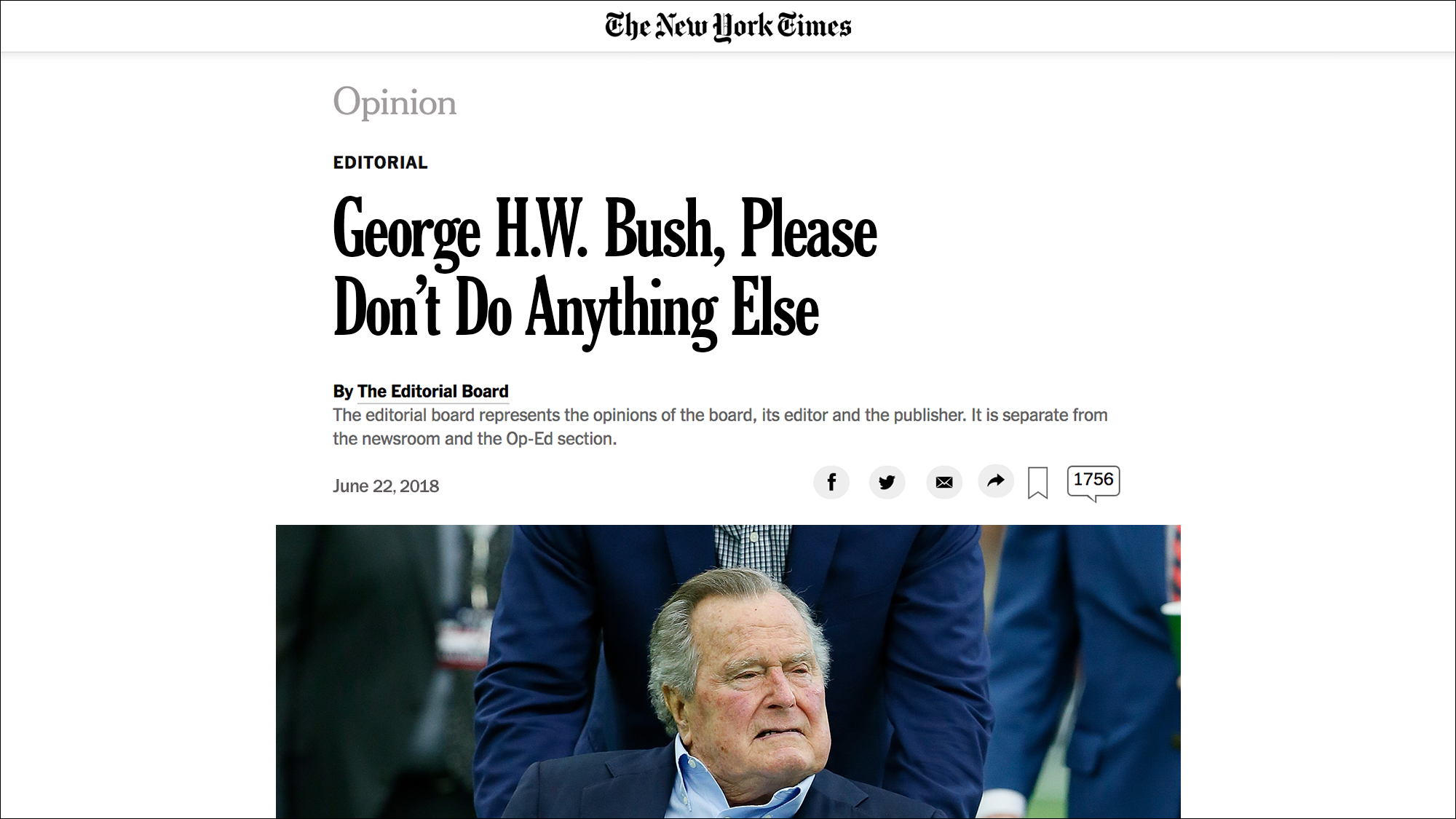 In a shocking and strongly worded statement published on its front page this morning, The New York Times Editorial Board has issued a public request to George H.W. Bush demanding that he not do too many other things during his lifetime because it is done editing his obituary.

“Mr. President, The New York Times is all done writing your obituary, and therefore we strongly urge you to refrain from doing anything else that would need to be included in an obituary summarizing your life, including taking up any new hobbies, achieving anything notable, or committing any significant crimes,” the board wrote in an impassioned editorial titled “George H.W. Bush, Please Don’t Do Anything Else.” “As it stands, the summary of your life we plan to publish upon your death is already at 5,000 words, and we simply cannot make it longer, so please do not do anything that would require us to add something, or else we will need to spend hours revising and reformatting our work.”

Over the course of their message to George H.W. Bush, the Times editorial board goes on to inform the former president that if he does do anything that merits inclusion in his obituary, such as writing a children’s book or developing an interest in archery, it will be forced to cut other biographical information out of his Times obituary, like descriptions of his family or his service in the United States Navy. In the statement’s final lines, the board urges Bush to “just sit still until you pass away so that we don’t have to mess with the moving, eloquent memorial we’ve already written about you.”

Speaking with such forceful language to a former U.S. president is definitely a bold move from the paper of record. Here’s hoping that George H.W. Bush takes The New York Times’ demands to heart so that its writers don’t have to do any more work!