Taking Him Under His Wing: After The Oscars Ceremony Last Night, Daniel Day-Lewis Pulled Timothée Chalamet Aside And Counted To 1,000 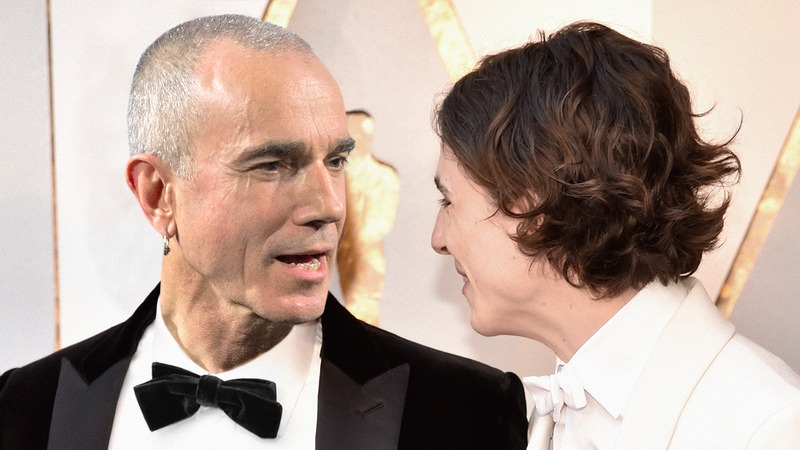 Timothée Chalamet may have walked away empty-handed at last night’s Oscars, but his incredible performance in Call Me By Your Name has already got some of the world’s greatest actors taking him under their wing. After the Oscars ceremony last night, Daniel Day-Lewis pulled Timothée Chalamet aside and counted to 1,000.

Goosebumps. It’s so awesome to see a retiring legend like Day-Lewis taking the time to mentor a younger actor like Chalamet!

Seriously, this is the coolest thing ever. Timothée Chalamet must have been on cloud nine to get face-to-face advice from one of the greatest actors of all time! With these wise and solemn words, Day-Lewis has officially passed the torch to the next generation’s most promising young actor. Chalamet is already incredibly talented, and with a legend as brilliant as Daniel Day-Lewis mentoring him, there’s no doubt we can expect to be seeing him on the Oscars red carpet for years to come!