Tech-Addicted Generation: A New Study Finds 92% Of Children Would Prefer To Play On Their iPads Rather Than Make Fun Of Classmates With Weird Birthmarks 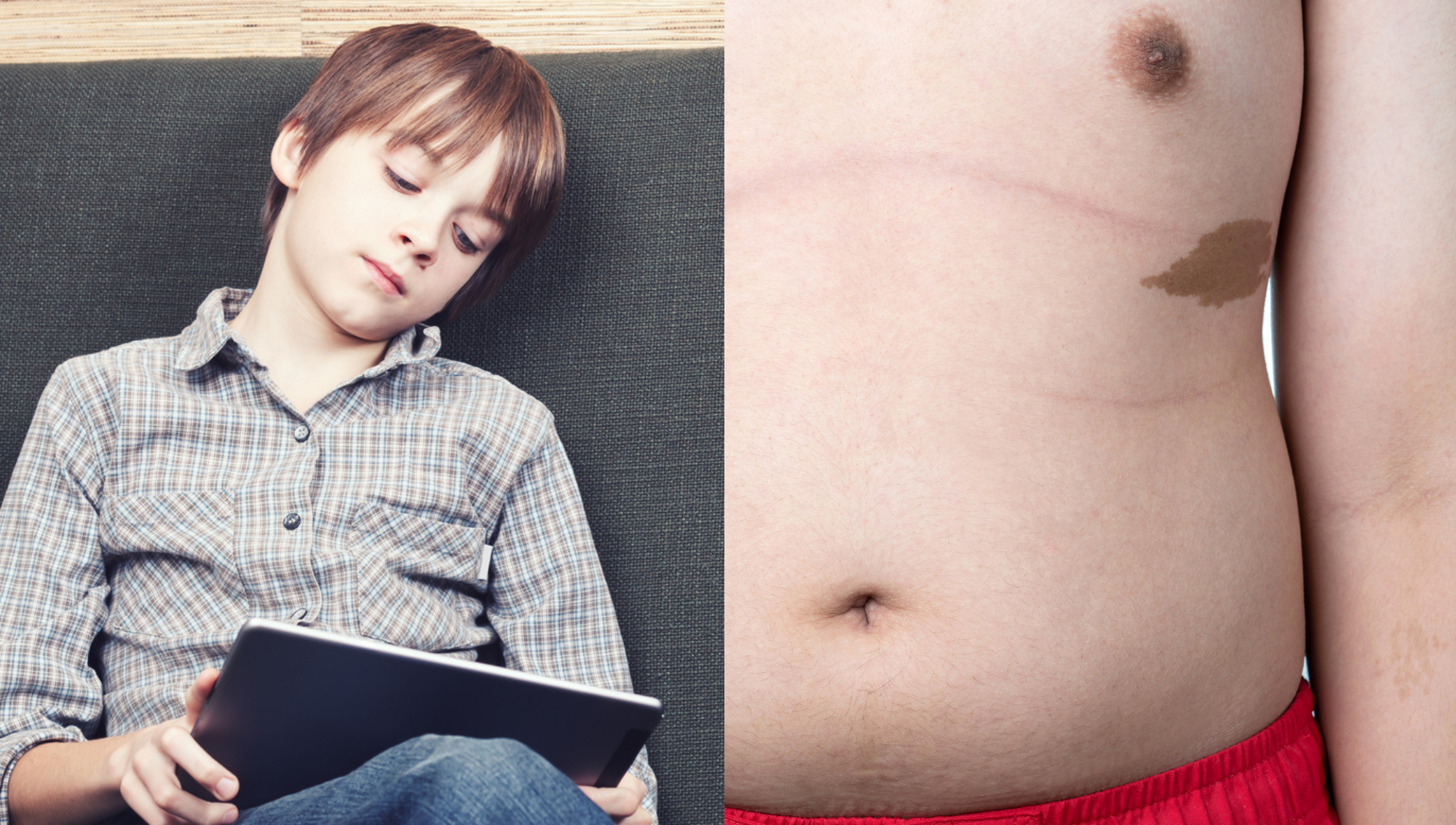 It’s no secret that technology can have a negative impact on children’s development, but, alarmingly, a new study suggests it might be doing much more harm than previously believed: A new study shows that 92 percent of children would prefer to play on their iPads rather than make fun of classmates with weird birthmarks.

In a newly released study, researchers at Stanford found that, among children ages 5-10 who own iPads, an overwhelming 92 percent “strongly preferred” to play games and watch videos on their devices than to point out and laugh at freaky-looking birthmarks on their peers. Additionally, children who had access to an iPad equipped with YouTube were five times less likely than iPad-less children to point out another child in their vicinity and remark that their birthmark was shaped like a turd or looked like Michael Jackson.

“Technology is depriving kids today of many of the formative influences that shaped previous generations, including the vital socio-emotional experience of interacting face-to-face with a classmate who has a large dark blotch on their forehead,” said lead researcher Anton Bell. “These crucial experiences encourage a child to engage their curiosity through questions like ‘Did someone spill paint on your head?’ and they also help them develop the interpersonal skills they need to interact with strange-looking people as adults.”

“It’s troubling to see hundreds of millions of children growing up so captivated by their devices that they completely miss out on enriching developmental experiences like spending an entire recess chasing a kid with a huge port wine stain around the playground and asking him if he’s morphing into Grimace or some other purple character,” Bell added.

Wow. Sad that this is what we’ve come to as a society!

Even when the group of kids with iPads was egged on by researchers to say what they thought of a classmate’s big, ugly birthmark, each child spent on average only .83 seconds thinking of a remark such as “Yeah, it kinda looks weird” before quickly returning to their screens—a vast difference compared to the group who were not provided with iPads, who spent upwards of 30 minutes hurling insults like “Your birthmark’s so big they can see it from space,” and “Did you get that spot because your mom is a cow?” According to Bell, this indicates a serious issue for gadget-obsessed kids, who may not gain the social tools they’ll need later in life to bond with others through gossiping about a mutual friend’s weird hair or ugly boyfriend.

“It’s more important now than ever that kids step away from the screens and learn to really be present around other people so they can discern what’s funny about them,” Bell continued. “If they don’t figure out how to effectively call attention to peers’ imperfections at an early age, it can seriously stunt their development and make it difficult when they become adults to appropriately react when they encounter, say, a coworker with a gnarly skin tag over their eye that strikingly resembles a nipple.”

This is seriously troubling.

It seems as though the tech doomsayers were right: Our gadgets really are changing the way we function as a society, and not necessarily for the better. It’s time for parents to start limiting their kids’ screen time and teaching them the importance of occasionally chasing a kid with a prominent birthmark around the playground yelling “YOU’VE GOT THE DARK MARK!” Your child might initially be angry with you, but they’ll thank you years later when they’ve grown up into a happy, functional adult.