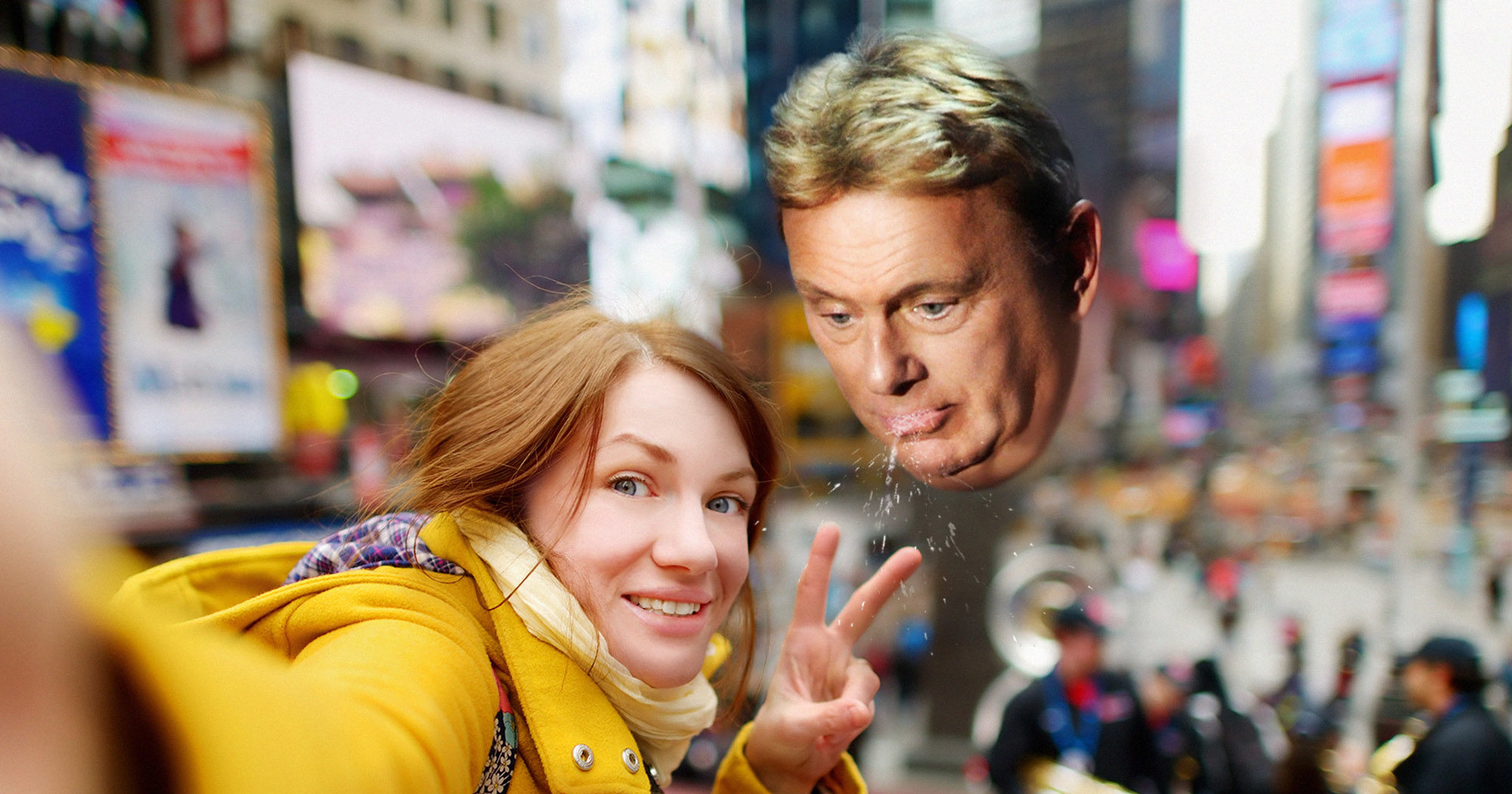 Get excited, Gen Z kids, because one of the coolest things imaginable is going down in New York City right now, and thousands of teens are showing up to check it out: Pat Sajak’s head is currently floating through Times Square spitting on people!

The Wheel Of Fortune host’s disembodied head arrived in Times Square earlier today and immediately started hocking loogies on people’s faces and shoes. Word that Sajak’s flying head was indiscriminately spitting on passersby spread quickly, and in just a short few hours thousands upon thousands of teens have packed into Manhattan to take in the scene, at times practically climbing over one another in hopes of catching a glimpse of the gameshow host’s head careening wildly between buildings and yelling.

Witnesses say that Sajak’s head has been zooming around roughly five feet off the ground while urgently shouting about how “Wheel Of Fortune was invented in Pompeii right as the volcano was erupting” and how he dreams every single detail about every episode of Wheel Of Fortune the night before he films them. The head has also been spotted periodically swooping down to lucky individuals and whispering “Vanna White and the Wheel are the same person” before spitting in their hair and rocketing back up into the sky.

And if that weren’t already reason enough to get every teen in America stampeding towards New York, it is now being reported that every single digital billboard in Times Square has suddenly started broadcasting footage of Sajak’s headless body frantically running around in search of its head. The body, which appears to be locked in an underground bunker of some kind, is clearly greatly distressed, clawing desperately at the walls and beating its chest like a gorilla. Witnesses say that Sajak’s floating head has been loudly referring to its headless body as “my pet dog” and angrily spitting at the images of it broadcasting on the billboards, the sight of which has provoked utter hysteria among the crowds of teens, whose enthusiasm for watching Sajak’s headless body futilely attempt to escape its subterranean prison is almost Beatlemania-like in intensity.

Seriously, teens, get to Times Square RIGHT NOW so you don’t miss out on this once-in-a-lifetime spectacle. Sajak’s head just spit on a boy and called him a bruja, which is the Spanish word for witch! The head is spitting on literally everyone who gets near it, but you gotta figure it’s only a matter of time before it runs out of spit and decides to float away into the clouds, never to return. So hurry! You don’t want to be the only kid in your school who doesn’t get spit on by the disembodied head of a television icon.