That’s Fine, Man, Just Do Whatever: Fauci Has Announced That He’s Going To Start Spelling His Name Fauc!, Like P!nk 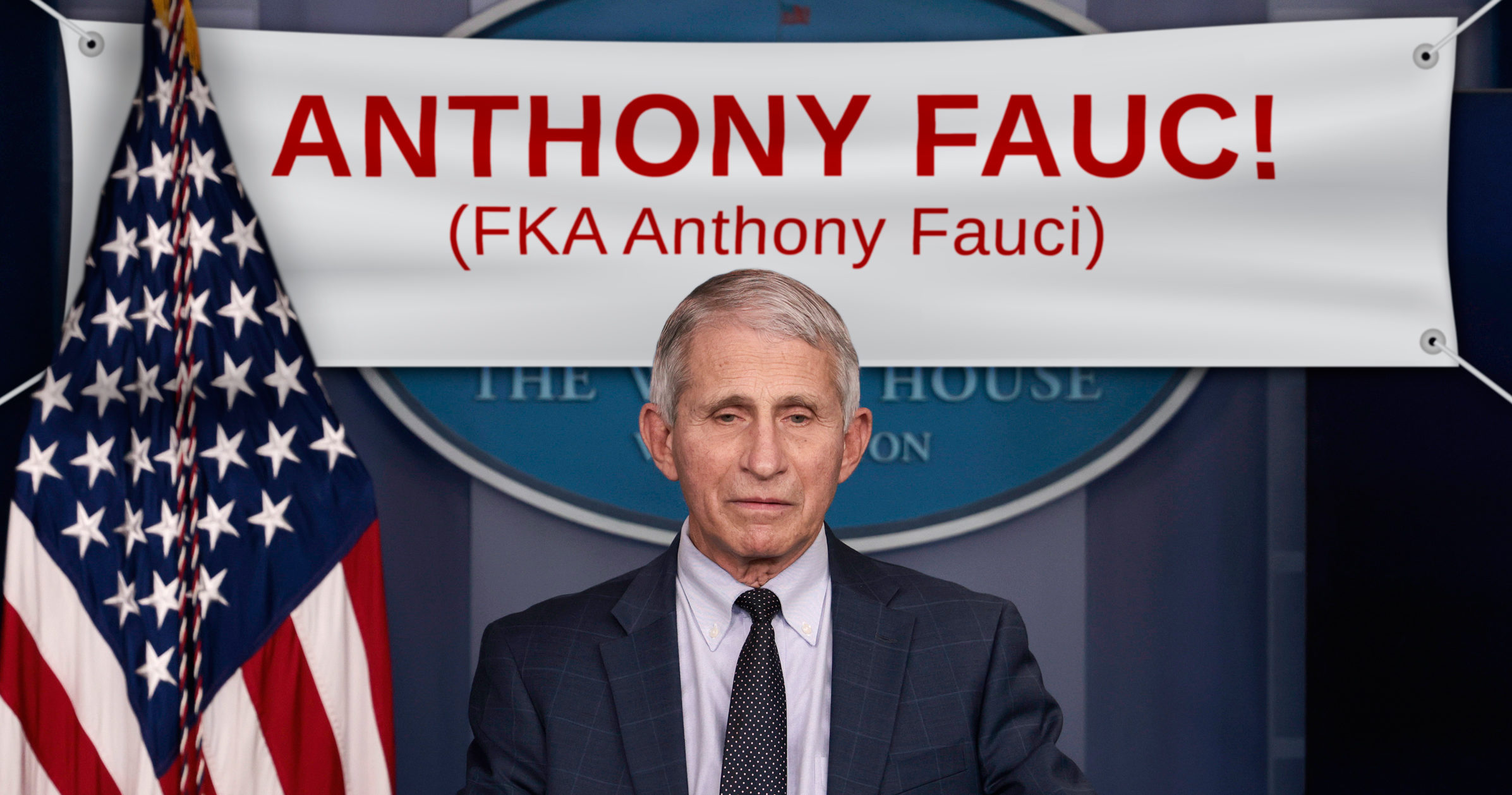 Dr. Anthony Fauci has tirelessly led the nation’s pandemic efforts for almost two years, making call after call to keep Americans safe and healthy. Now, he’s just made another big decision—one that we don’t quite understand, but seems generally fine: Fauci has announced that he’s going to start spelling his name Fauc!, like P!nk.

Huh. Well, at this point, all we can say is go ahead, Fauc!. Do whatever.

In a Wednesday morning press briefing at the White House, the chief medical advisor previously known as Fauci announced that he’d filed a petition at a D.C. court to legally change his name to ‘Anthony Fauc!’, with an exclamation point in place of the ‘I’ that had once appeared in his last name. “Inspired by the artist P!nk, whose badass, take-no-prisoners attitude I’ve long admired, I have decided that, beginning today, I would like to be known as Fauc!.” The doctor then unfurled a homemade banner, which featured the name “ANTHONY FAUC!,” with “(FKA Anthony Fauci)” in parentheses beneath.

Um…sure, Fauc!. As long as you’re still taking care of all the coronavirus stuff you need to take care of, this is fine with us. You’ve earned it, we guess.

Fauc! went on to explain that, though his name change will have no direct bearing on the way he informs the public about the C.D.C.’s latest pandemic guidance, he does hope it will give him “a little extra pizzazz,” which could potentially help him spread his message further. “With this name change, I have finally, truly stepped into my power,” he concluded. “Please get vaccinated, and if you are fully vaccinated, get your booster shot.”

All right then. Fauc!’s choice to change the spelling of his name is not necessarily something we expected, but if it’s working for him, then more power to him, we suppose. We will spell it however he likes. Here’s hoping the pandemic ends in 2022!