‘That’s Why Their Heads Were So Large And Misshapen’: The Creators Of ‘Rugrats’ Just Revealed That They Made The Babies Look That Way To Show What Happens If You Vaccinate Your Children 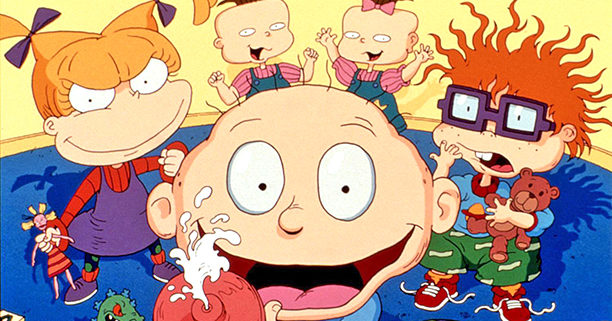 Get excited, ‘90s kids, because here’s some seriously awesome news about one of the greatest Nicktoons of all-time: The creators of Rugrats just revealed that they made the babies look that way to show what happens if you vaccinate your children.

Wow! This is such an amazing insight into one of the best Nicktoons ever!

In a statement released earlier today, Arlene Klasky and Gábor Csupó, the duo behind the wildly popular ‘90s cartoon, confirmed that the show’s baby characters were intentionally designed with disturbingly large, misshapen heads and much smaller, underdeveloped bodies in order to depict the grave consequences of subjecting kids to vaccines. Klasky and Csupó explained that details such as Chuckie’s chronic sickliness and Phil and Lil’s “severely autistic demeanor” were included in the show as a way of alerting parents to the dangers of going against God’s plan and introducing toxic manmade inoculations into a child’s body, noting that the babies only got into so many harrowing scrapes because the mercury in their influenza shots stunted development in the part of their brains that regulates high-risk behaviors.

“Viewers always seemed to think of Tommy as a courageous character, but the sad reality is that harmful vaccines left him with the emotional intelligence of a pigeon, and, with essentially zero capacity to recognize danger, he honestly would’ve crawled smiling into a house fire if he got the chance,” the statement read, adding that this was also the reason why he preferred to play with a screwdriver instead of normal toys. “Seeing these hydrocephalic, pigeon-toed infants eating dog food and having troubling hallucinations of the Reptar monster should’ve been deeply sobering for anyone who watched Rugrats, and our sole purpose in making the show was to help parents realize that vaccines are literally a form of biological warfare that we wage against our own children.”

For kids who grew up in the ‘90s, these are some seriously exciting revelations, and in retrospect, Rugrats’ anti-vaxx themes should’ve been incredibly obvious all along. And while there’s still plenty of debate over whether vaccines are really as dangerous as the show’s creators claim, it’s hard not to look at Tommy Pickles—with his colossal, dented melon and alarmingly reckless behavior—and not think twice about innoculating your own kids. We’ll never watch Rugrats the same way again!