The 10 Commandments Of Riding The New York City Subway 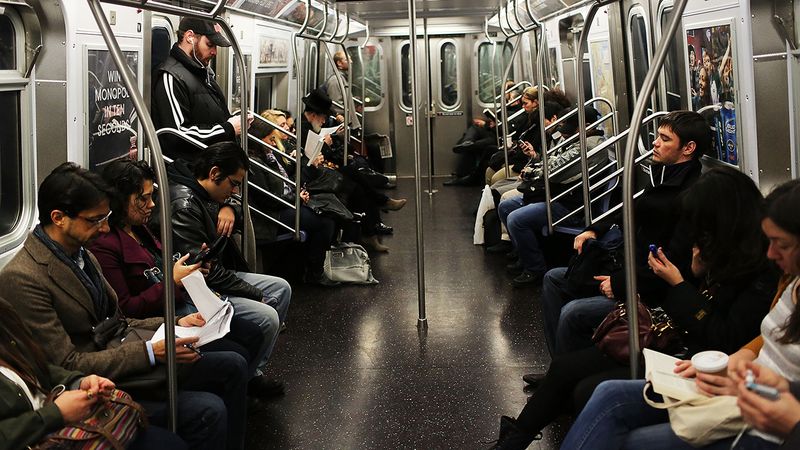 If you want to act like a real New Yorker, you gotta know the rules of the rails.

1. Don’t remove the seats: Hey, buddy, those chairs belong on the train! Cutting out a seat with a hacksaw and taking it home with you is a major subway foul.

3. Avoid swallowing the subway pole: You’ll get major glares if you impale yourself on the subway pole from mouth to rectum. Riders can’t hold on if you’re in the way.

4. If a pregnant woman boards the train, don’t announce she’s carrying the next Hitler: New Yorkers get a bad rap, but they’re actually a pretty courteous bunch. Telling a pregnant woman that her baby will grow up into a genocidal dictator isn’t considered polite.

6. Always perform hip-hop acrobatics: Real New Yorkers can’t get enough of gymnastic feats of agility set to the latest hip-hop tracks. You’re going to get angry looks from fellow straphangers unless you place a boom box on the floor and do some backflips.

8. If you see something, say something: It can be easy to mess this up, so practice seeing things and saying things before your trip to NYC.

9. Remember that only aspiring actors can say “Next stop, Broadway!”: The train will drop you off at a theater and you will be offered the lead role in their play, which is a waste of everyone’s time if you don’t actually want to become a Broadway star.