The 2014 Primetime Emmys: Our Predictions 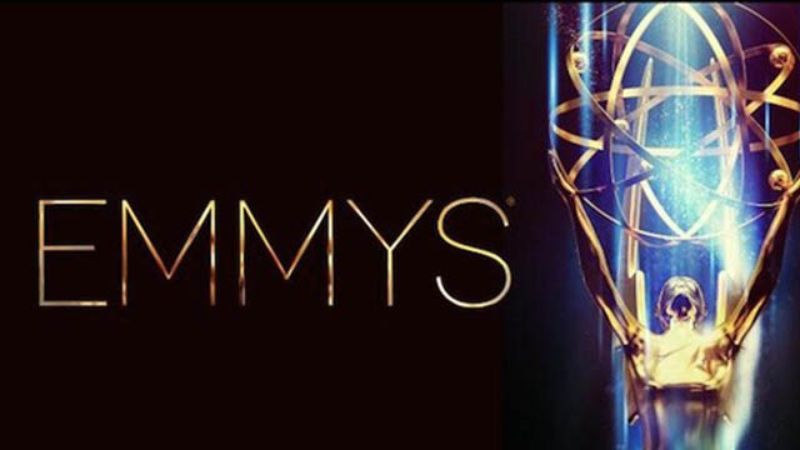 The 66th Primetime Emmys air tonight, and with new hits ‘True Detective’ and ‘Orange Is The New Black’ going up against awards show favorites ‘Breaking Bad’ and ‘Modern Family,’ there’s plenty of suspense in the air. Here’s who we think will win the awards and who actually deserves to win.

Paul’s performance in Breaking Bad was pretty stellar, and now that the show has wrapped up, the Academy will probably be looking to give him some last-minute Emmy love as a final hurrah.

Who Should Win: Mandy Patinkin, Homeland

Patinkin won last year, so he should win this year. It’s simple mathematics. You can’t just say one guy’s the best and then say some other guy’s the best. That’s complete nonsense. That’s total fucking insanity.

Who Will Win: Lena Headey, Game Of Thrones

Cersei Lannister on Game Of Thrones is sinister and cruel, but she is also complex and heartbreakingly human. She’s everything the Academy loves and will more than likely emerge with an Emmy this year.

Who Should Win: The Unnamed Woman In “Scarborough Fair”

Everyone can remember where they were the first time they heard Paul Simon croon, “She was once a true love of mine,” in Simon and Garfunkel’s rendition of the old Scottish ballad “Scarborough Fair” on their 1966 album Parsley, Sage, Rosemary and Thyme. Back then, we all wondered, “Who? Who was once a true love of yours?” Though we still have never met this mysterious seductress, she sounds beautiful, and she’s captured our hearts and imaginations for decades. She definitely deserves the Emmy this year.

Who Will Win: Julianna Margulies, The Good Wife

She single-handedly transforms The Good Wife into one of the most compelling dramas on television.

Who Should Win: Linda Cohn, SportsCenter

She knows a whole lot about sports and talks about them in a way that makes us want to keep watching more. Sometimes guys can be dismissive of female sports anchors, but not Linda Cohn. Everyone respects her. She’s been hosting SportsCenter since 1992 and has never won an Emmy. That needs to change. She deserves more recognition than she gets. We’ve all pretty much grown up watching her, and then whenever awards season rolls around, we just pretend she doesn’t exist. That’s not okay. This woman deserves to be celebrated.

Outstanding Writing For A Drama Series

What Will Win: Breaking Bad, “Ozymandias” (Written by Moira Walley-Beckett)

“Ozymandias” was hailed as a watershed moment in television history. With the kind of acclaim the episode has racked up since it aired, it would be quite surprising if it didn’t win.

What Should Win: Breaking Bad, “They Took The Videos!” (Written by Vince Gilligan)

While “Ozymndias” was the critics’ sweetheart this year, pound-for-pound the best episode of Breaking Bad’s final season had to be “They Took The Videos!” Watching Walter White fall to his knees and weep when Jesse tells him that Blockbuster Video is closing nationwide was absolutely heartbreaking, and the scene where Walt and Jesse travel door-to-door trying to get their neighbors to sign a petition to save Blockbuster was one of the most intense 40-minute sequences in TV history. The Academy might not give it the Emmy, but for our money, “They Took The Videos!” was the best Breaking Bad episode this season.

Outstanding Series In Which A Metal Chain Is Featured Prominently

What Will Win: Chains In Heat

This show stole the hearts of both critics and viewers with its honest portrayal of love and loss.

What Should Win: Get To The Back Of The Chain

This show found its footing in its second season, and always kept us wanting more.

What Will Win: The Bing Bang Theory Show

This is the year for John Parsons, Shelton, and the whole long bong gang! This year saw many episodes where the whole bang crew couldn’t stop binging. Special kudos to Jimperson in a bangworthy turn as Shammon.

What Should Win: The Bing Bong Brothers Show

Jim Sherlman, wow, what can you say: riveting every time with big theories about the one and only Bing Bros. Band. Can’t make enough antics to satisfy. Don’t sleep on Shelley, bangers! Won’t bang, can’t bang, bangalangalang.

What Will Win: Breaking Bad

It’s hard to imagine Breaking Bad not taking home the best drama series Emmy. The show served up some seriously pulse-pounding drama in its final season, and was praised by critics and fans alike.

What Should Win: Downton Abbey

Mom has this circled on the Emmy ballot she printed out. God, this is going to crush her.