The 5 Huskiest Boys In The Ohio County 9-Year-Old Pee-Wee Football League, Ranked By How Much Of An Animal They Are On The Field 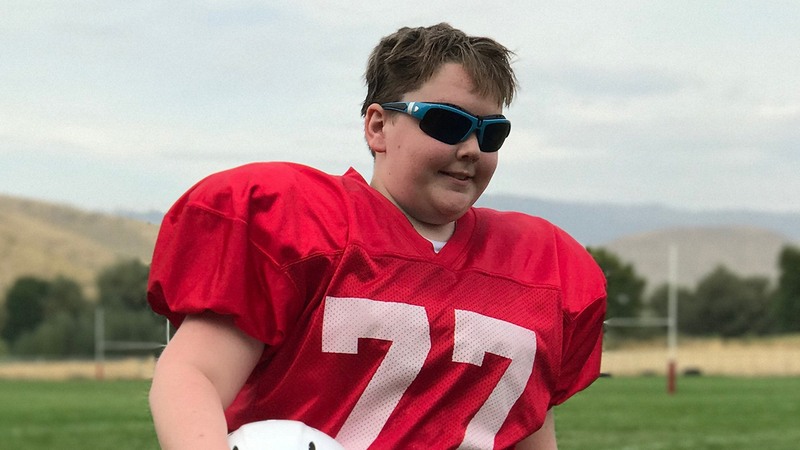 Ohio County Pee-Wee has plenty of young, husky football players, but let’s be honest, not every single one of them can be a beast. Here are the biggest of the boys, ranked by how much of a freak they are when they get on the field.

Coming in at the bottom of the list is Alberto, because while he’s definitely a grade-A chunker, he’s not exactly dominating the game. Sure, Alberto could use his big, husky belly to destroy any of the scrawny, 9-year-old defensive linemen on the other team, but instead, he usually just ends up messing up his footwork, smiling, and proudly waving to his parents in the stands. While this porker has the body of a peewee legend, unfortunately no amount of shouting, “Let’s go, Alberto!” from the stands is going to make him any better at blocking, catching, or running. Damn.

Next, we’ve got Charles. When Charles is just standing around on the field with his finger in his mouth, he may not look like much of a threat, but when the quarterback snaps the ball, Charles goes fucking apeshit. No matter which team is on offense, Charles will try and steal the ball and score a touchdown, even if that means tackling his own teammate or intercepting a play and accidentally running in the wrong direction. He may honestly never really know what’s going on while playing, but hell, Charles gives it his all out there on the field, and you just know he’ll end up sweating like a motherfucker every game.

Bottom line, 9-year-old Joshua is a fucking freak. Before every game, he paints his entire face with an eye-black stick, and then proceeds to land blow after devastating blow while hocking giant loogies onto the field after every play. While most chunkers Joshua’s age just awkwardly run full speed at the ball, Joshua can already deliver a stiff arm that could knock over a full-grown man. The problem with Joshua, though, is that when his team starts losing, boy, can he throw a tantrum. One time, he shoved his coach and got ejected from the game.

So, the thing you need to know about Darius is that his dad is almost certainly forcing him to play football, which is why he’s coming in at number two on this list. Yeah, he’s an 185-pound goddamn menace on the field, but you can tell sometimes that he feels really guilty after he decks kids, even though his ex-NFL dad is always telling him to. One time, Darius straight up broke a kid’s arm, but you could tell he never meant to—the chunker just fell on him weird, and then he started crying. Regardless, Darius is a true beast, and that’s what this is all about!

And now… coming in at number one is Ludvig! Ludvig is truly a beefy angel of destruction. Unlike everyone else on the list, all of the weight on Ludvig’s body comes from sheer muscle, and well, poor Ludvig doesn’t know what to do with it. Earlier this season, Ludvig’s dad posted a video of him picking up some kid on defense, throwing him 10 yards, and then scoring a touchdown during a game, and it went super viral. Since then, rumor has it that Ludvig’s been picked up by a traveling team where all the husky boys go, but no matter what, in Ohio County 9-Year-Old Pee-Wee, Ludvig’s our #1 guy. He always will be.