The Curse Continues: A Fifth Mule Has Drowned In The New England Aquarium’s Mule Tank 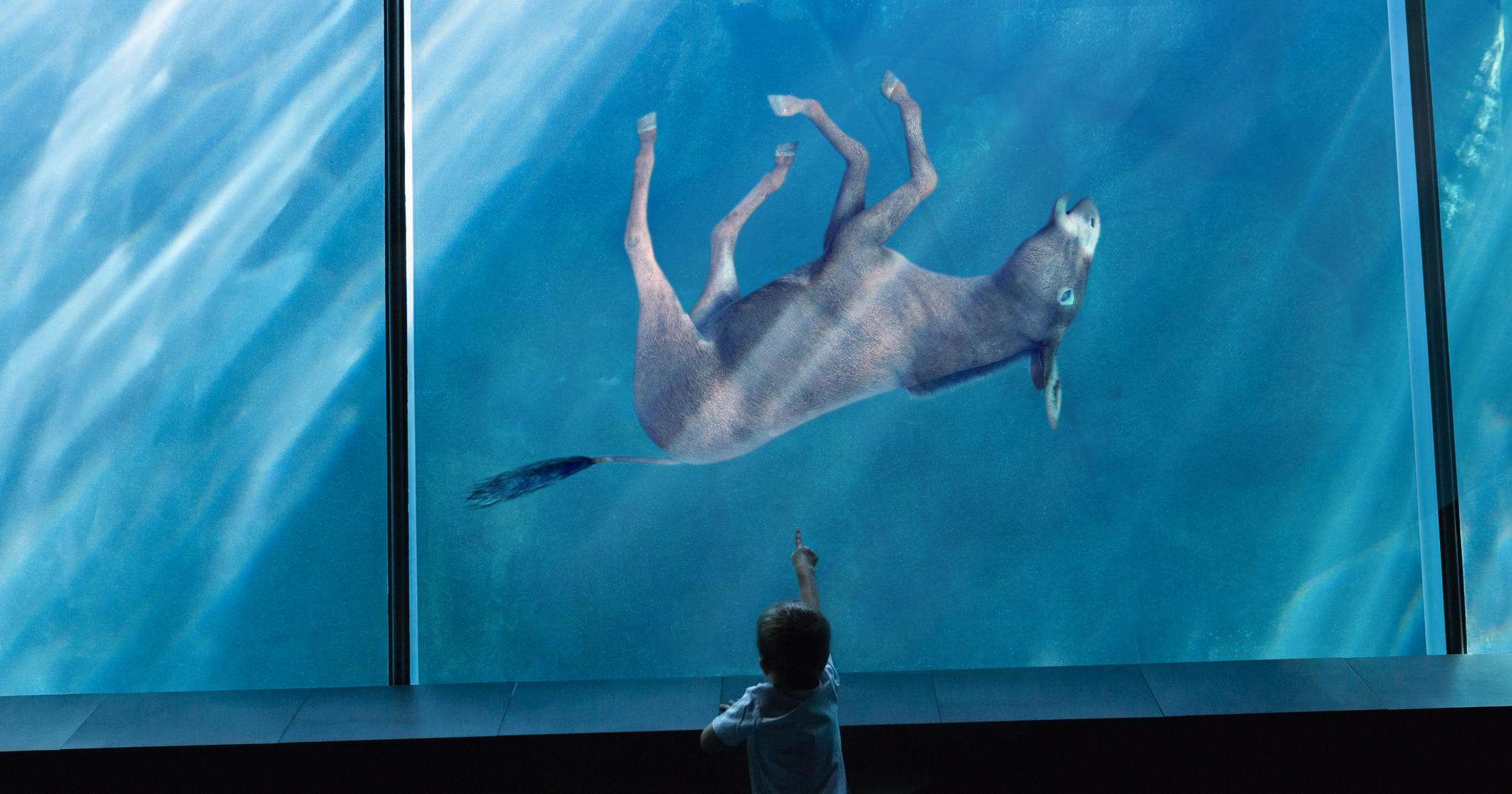 Something truly unsettling is afoot on Boston’s Central Wharf, and it’s getting harder and harder to chalk it up to mere coincidence: A fifth mule has drowned in the New England Aquarium’s mule tank.

Two or three could just be bad luck, but five? Something here isn’t right.

Aquarium workers received a terrible shock today when their routine morning check of the exhibits revealed that the aquarium’s star mule, Chomper, who just the day before was playfully thrashing in the water and sputtering his trademark gasps, had mysteriously drowned at some point overnight. Worse still, this is far from the first such loss: Since its installation in late 2019, the mule tank has seen no less than four other mules meet sudden, tragic ends. Workers initially attributed the death of the first mule to old age, but suspicions were raised after an otherwise healthy young mule named Galileo died not longer after. A full autopsy was performed on Galileo’s body, and the surprise discovery of water inside his lungs brought aquarium officials to the troubling conclusion that something, or perhaps even someone, was drowning their mules.

The aquarium has spared no expense trying to fortify security to protect their remaining mules, but despite installing security cameras at every entrance to the exhibit hall and locking access to the mule tank’s interior behind an electronic keycard system, whatever managed to kill Chomper did so without leaving a trace. Perhaps most strangely, the mules seem to be the only specimens suffering these deadly misfortunes—even the slow, relatively defenseless parrotfish that share a tank with the mules have been left entirely unscathed. It’s as though some malevolent specter is picking off these poor mules for sport, and as improbable as that may be, it’s seeming more and more like the only explanation left.

The whole thing sends a chill down your spine.

Besides their obvious tragedy, these disturbing mule deaths also represent a serious threat to the aquarium’s finances, as roughly 40% of their annual revenue comes from their beloved “Acrobats of the Sea” trained mule showcases. People come from all over New England to see trainers gracefully balance on the mules’ snouts as they flounder through the water and clamber through hoops, but with Chomper’s death, it’ll be months before the aquarium can fully train his replacement. And while the Pet-A-Mule Tide Pools were once a reliable draw for families with younger kids, they sadly had to close down after a mule with no prior behavioral issues bit down unexpectedly on a girl’s ponytail in an attempt to pull itself out of the water, leaving the aquarium with even fewer ticket sales to fund the investigation into whatever terrible hex is currently plaguing the mule tank.

“I helped design that tank myself, and I can tell you that every inch of it was configured to be an aquatic paradise for these mules,” said Dr. Stephanie McTavish, a marine biologist and the New England Aquarium’s resident mule expert. “We’re constantly monitoring the salinity and keeping the temperature at exactly 85 degrees Fahrenheit, pretty much the perfect conditions for mules, and we sink fresh bundles of hay for them daily, but somehow they keep turning up dead. It’s heartbreaking. Seeing mules gracefully flail around up close is a magical experience for children and adults alike, but I worry that if we can’t figure out what’s going on here, those familiar sounds of splashing and frantic, high-pitched braying may vanish from our aquarium forever.”

What an eerie, mystifying tragedy. Here’s hoping the folks at the New England Aquarium can lift this curse before any more mules are drowned!
More posts in News »