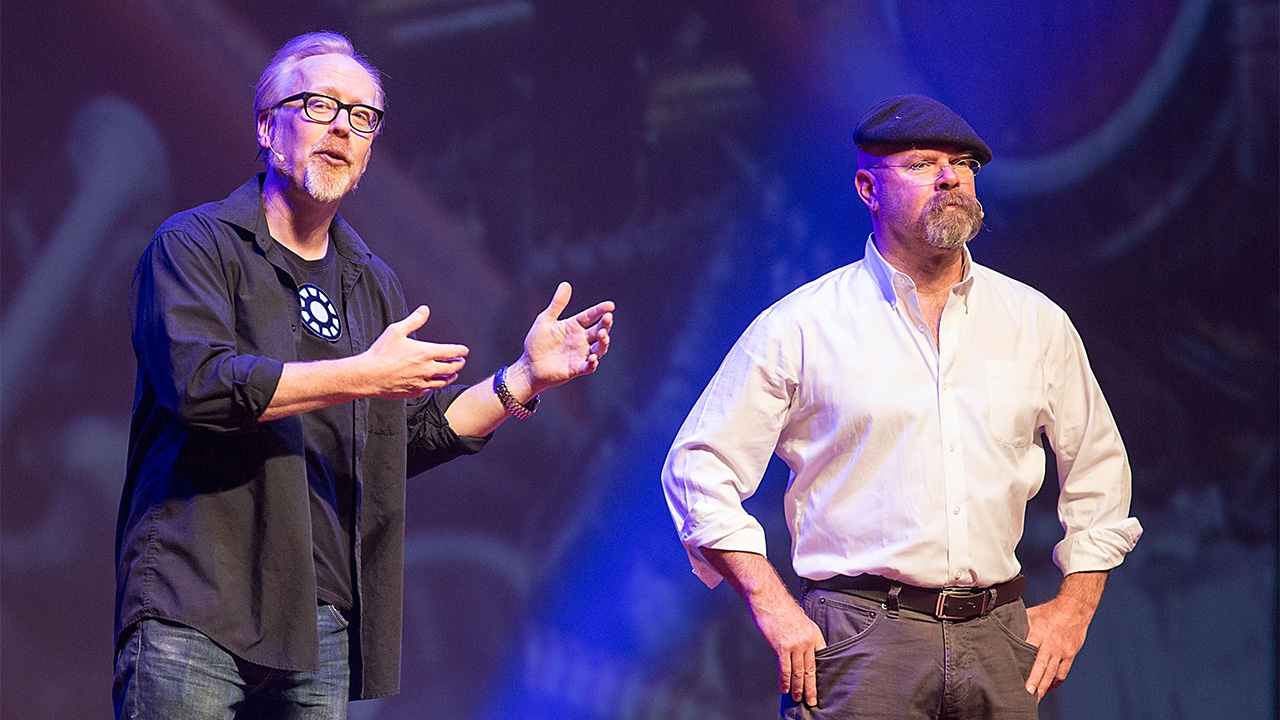 Here’s some huge TV news that anyone who’s watched the popular series MythBusters is going to want to read up on ASAP: The Discovery Channel is apologizing to its viewers after realizing that the MythBusters were clearly nerds.

Representatives of the Discovery Channel said they first noticed that the MythBusters might be nerds after they aired an episode of the show that featured hosts Adam Savage and Jamie Hyneman spending two entire days building a giant ball made of LEGOs for the sole purpose of seeing whether it would be possible to make the ball roll, an activity that executives at the channel called “the dorkiest shit in the history of the world.”

After an internal investigation, the Discovery Channel found that the MythBusters spent all of their time on the show doing poindexter bullshit like building their own working trebuchets, drawing little math problems in their embarrassing science workshop, and basically just doing a bunch of uncool techie experiments.

“We would like to express our sincere apologies for the 14 years that we have spent exposing viewers to the nerds on MythBusters—we recently made the horrifying discovery that Adam Savage and Jamie Hyneman are into lame-ass nerd stuff that literally no normal person cares about,” said Discovery spokesperson Bryan Jankowski. “We at the Discovery Channel are shocked and ashamed that we gave a platform to such huge geeks, and effective immediately we are pulling all available episodes of MythBusters from Amazon Prime, Hulu, and YouTube.”

The network has expressed its intention to steer clear of additional programming relating to science, engineering, and other dorky stuff like that until this bombshell blows over. It looks like the Discovery Channel is doing its best to make things right, so here’s hoping they can earn back its audience’s trust after subjecting them to a bunch of nerds for so long.