The Experience Of A Lifetime: Beyoncé Brought A Lucky Fan Down Into The Sewer And Let Them Sing ‘You’re A Grand Old Flag’ 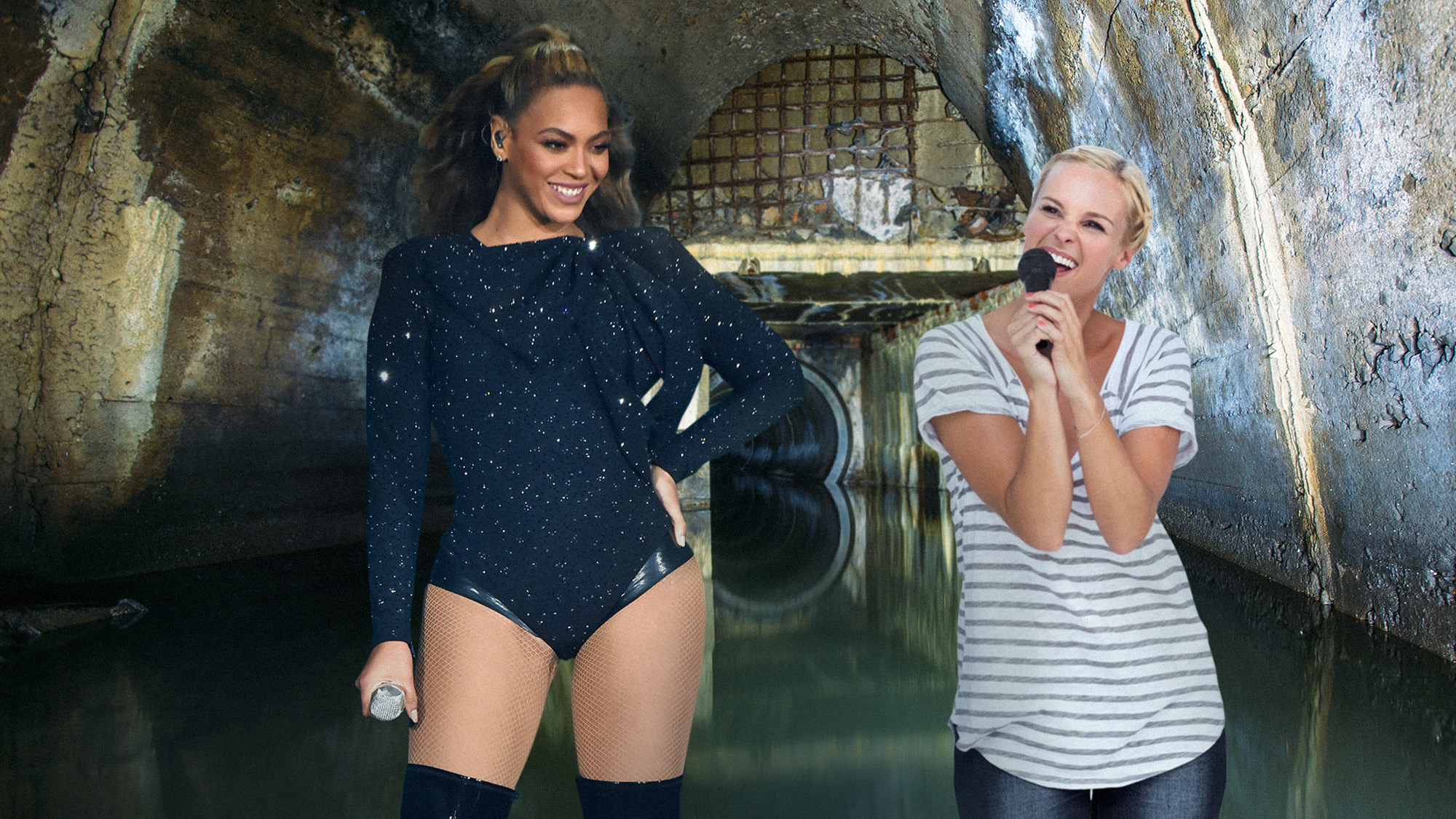 Last night, Beyoncé proved yet again that she is the most flawless person in the entire world when she invited a lucky fan into the sewer and let her sing “You’re A Grand Old Flag.”

Just when you thought Beyoncé couldn’t get any more incredible, she goes ahead and does something amazing like this.

The unforgettable experience began when Beyoncé stuck her head out of a sewer grate and invited 24-year-old Melissa Kuzmic down into the sewer with her. Although any member of the Beyhive would be over the moon just standing in the same sewage as Beyoncé, the Queen didn’t stop there. After leading Melissa through several dark and cramped tunnels, Beyoncé turned to her lucky fan and said, “It’s time to sing ‘You’re A Grand Old Flag’ now,” before standing motionlessly and waiting for her to begin.

Totally. Freaking. AWESOME!! Could anyone be luckier than Melissa?

As Beyoncé and her awe-struck super fan stood ankle-deep in sewer water, the pop star pulled out a Ziploc bag of wet baby carrots and started rustling around in it as Melissa began to sing the patriotic march. It’s hard to imagine Melissa will ever forget singing “You’re A Grand Old Flag” while Beyoncé stared at her vacantly, chomping on fistfuls of baby carrots. When Melissa finished singing, Beyoncé even generously took the time to look her in the eye and say, “It’s over now,” before trudging away deeper into the sewer. It’s the kind of thrill that Melissa will almost certainly cherish for the rest of her life!

Wow. What an incredibly special thing for a Beyoncé fan to experience. A mega-talented artist like Beyoncé already has so much on her plate, but she still made time to listen to Melissa sing “You’re A Grand Old Flag” in the sewer. All hail Queen Bey!