The Fairy Tale Ends: Cap’n Crunch And Maxine Waters Have Filed For Divorce After 27 Years Of Marriage 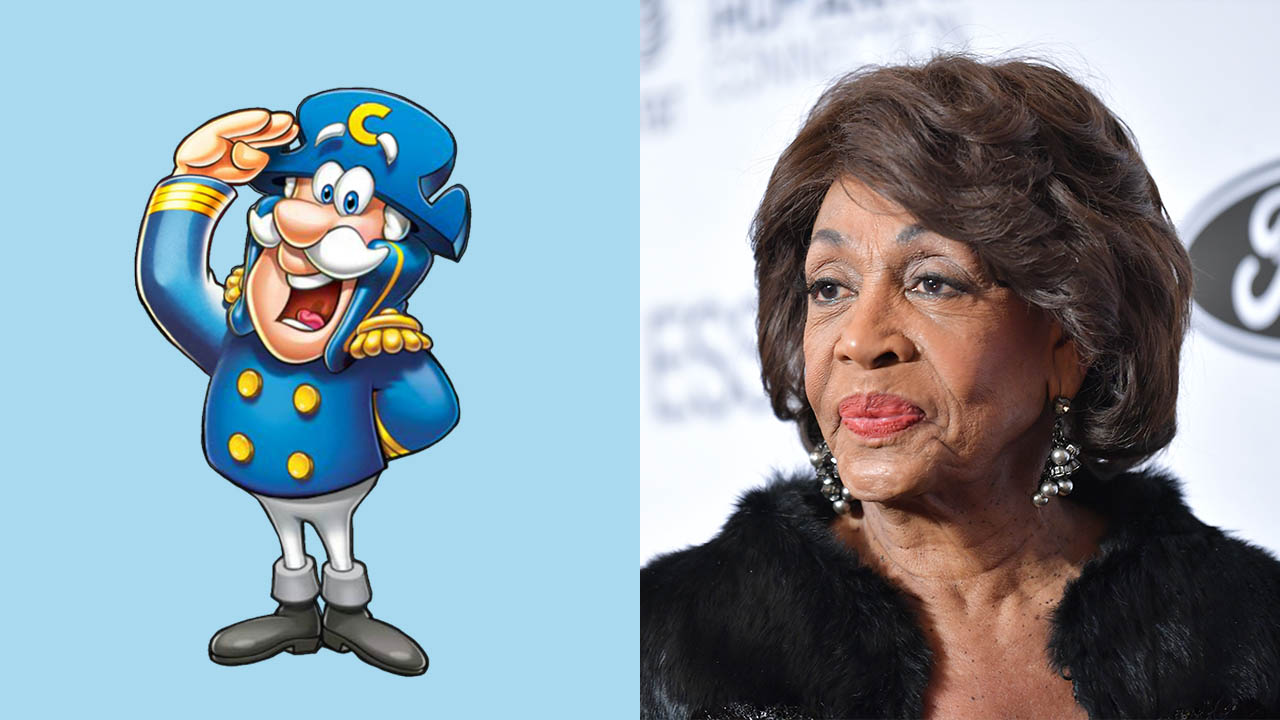 Though celebrity marriages come and go, there are those rare few that seem built to stand the test of time—the ones where the couples are so adorably head-over-heels for one another that it gives you hope in the power of true love. Sadly, one of those seemingly perfect celebrity unions has now come to an end: Cap’n Crunch and U.S. congresswoman Maxine Waters have officially filed for divorce after 27 years of marriage.

This is so heartbreaking. The two of them seemed so happy together.

For nearly three decades, Crunch and Rep. Waters have been one of America’s most beloved celebrity couples, living out a fairy tale romance on red carpets and in tabloids. The pair first met at a Weight Watchers meeting in 1989, but absolutely hated each other, and only started dating after they discovered they shared a mutual dislike for little kids who fly kites in public parks. Over the course of 30 consecutive dates to the dog pound, the two gradually became enamored with one another, and it wasn’t long before they fell deeply in love. Their relationship took off just as Waters’ political star was starting to rise, and soon the glamorous duo became darlings of the national media, with Time famously declaring them “America’s Loudest, Most Sexually Adventurous Couple” in a 1990 cover story.

In a relationship that featured no known scandals or extramarital affairs, Crunch and Waters were often looked to as a shining example of a strong, healthy marriage, making the sudden announcement of their divorce all the more shocking. In a statement released through his publicist, Crunch opened up about the split:

“After 27 years, I have decided that I must divorce my old wife, and the reason for that is that yesterday she said, ‘I’m going to pinch you, Cap’n Crunch,’ and chased me up and down the stairs for three hours, scaring me greatly. I no longer feel safe in the same house with her, so now I am divorcing her.”

However, in a statement of her own, Waters offered a seemingly different explanation for the breakup:

“I divorced Cap’n Crunch because he looks weird. I think he might be a Muppet or something.”

Whatever the true reason for the divorce, it’s nonetheless sad to see a union that for years was vaunted as a model of marital stability come to such an abrupt conclusion. This is undoubtedly a difficult time for Cap’n Crunch and Maxine Waters, but both have made it clear that they’re looking forward to the next chapter in their lives, with Crunch indicating that he’s going to become a missionary in China, while Waters says, “I am going to sit in my La-Z-Boy and read a Where’s Waldo? book until I pass away.”

While it’s heartbreaking to see them split, we wish both Crunch and Waters the best of luck in whatever their futures hold.