The Fuck Else Could He Have Going On Today? Dad Is Currently Pushing You Off The Phone Even Though You’re The Young And Interesting One 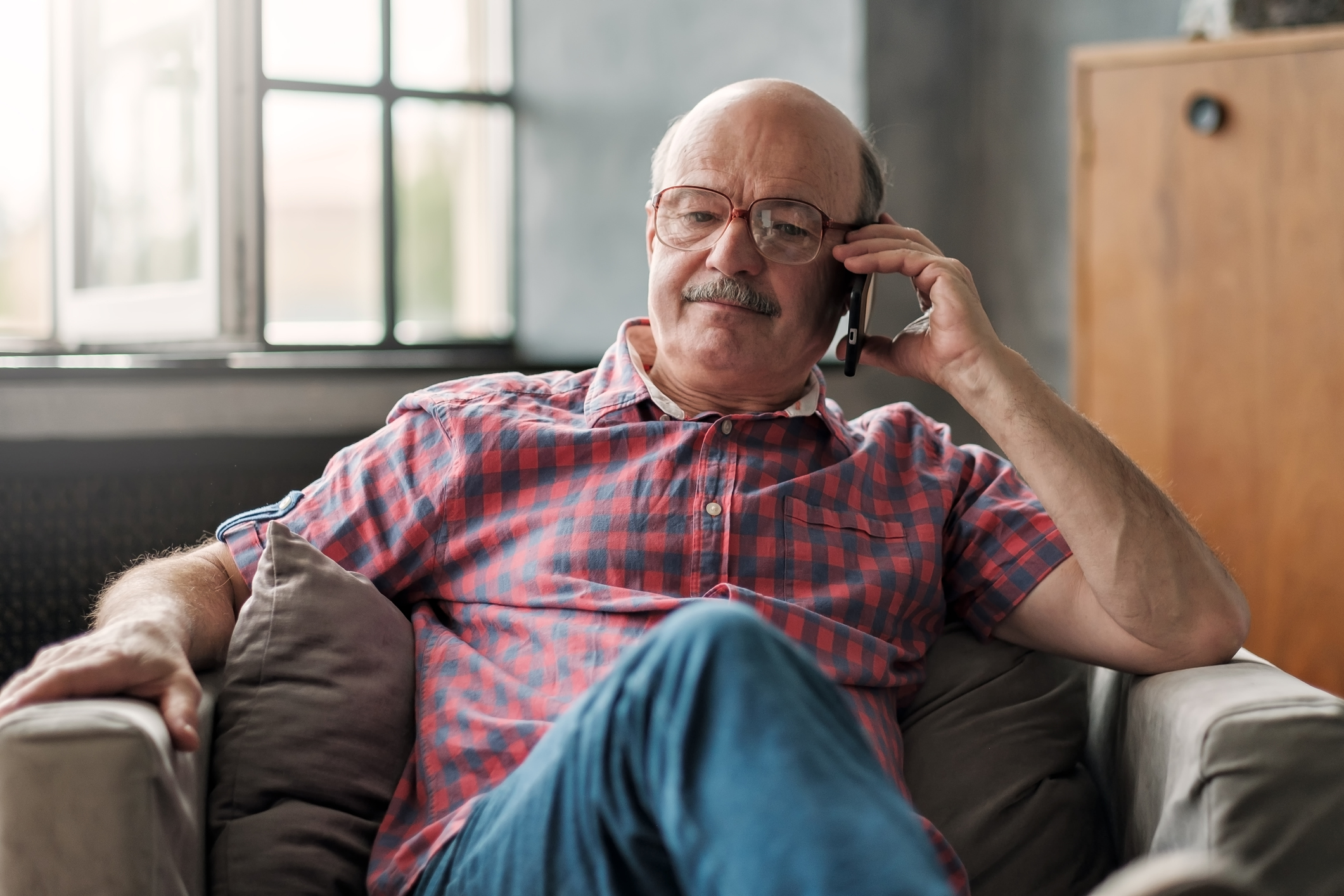 Well, here’s a WTF moment that’ll definitely leave you scratching your head for days: Dad is clearly trying to end your phone call with him despite you being the young and interesting one.

Uh, what? That’s not how this goes, Pops.

Just moments ago, Dad interrupted you in the middle of your weekly check-in call with him and said, “Hey, that’s great, son, you’ll have to tell me more at another time”—speaking in a distracted sort of tone that clearly indicated he was not really listening to you and was growing increasingly eager to get off the line. This took place after several instances of him mumbling “Mmm hmm” while you were talking, which he typically only does when he is bored and disinterested, like when he’s having a conversation with Grandma. This truly makes zero sense, though, as you’re infinitely more interesting than Grandma, and Dad typically laps up whatever bullshit you spout at him, as this is the duty of a parent.

Clearly, something is up with Dad here, because the rules of a Dad call are pretty well-established: you talk about all of the fun things going on in your life, your fascinating hobby projects, and your important work, and then you cut him off because you’ve got better things to do than listen to him ramble on about refinishing the countertops or whatever. That’s the way this is supposed to work, and has for years until today’s curveball.

Could dad legitimately have something else going on today? Probably not, and almost certainly nothing more exciting than interacting with a young person. He’s worked at the same company with the same guys for 20 years and been married to Mom for 37 years, and his entire existence revolves around repeating all the same mundane routines he established decades ago. It’s not like he does activities, and even if he did have something noteworthy on his agenda, he 100 percent would’ve told you about it on last week’s call. Something about this just doesn’t feel right.

After all, you’re the one who’s got dates and parties and a fucking social life, not him! How could a guy who usually has nothing to update you on except whatever happened in the latest episode of American Pickers possibly work up the gall to bail on you? Like, no offense, but these calls are really entirely for his benefit. You’ve got much better things to do than talk on the phone with an old person, but you nonetheless regularly carve out time to do so because you realize that your parents love you and they get sad when they don’t hear from you. Plus, you figure it’s an even trade for him paying for your college. But apparently he sees it differently.

Whatever. If Dad wants to suddenly act like he’s too good to talk on the phone with his kid, that’s fine. You don’t need to humor him anymore. But good luck finding another young person who’ll put up with rambling stories about home repair projects and Grandpa’s health issues. Not gonna happen, old timer!