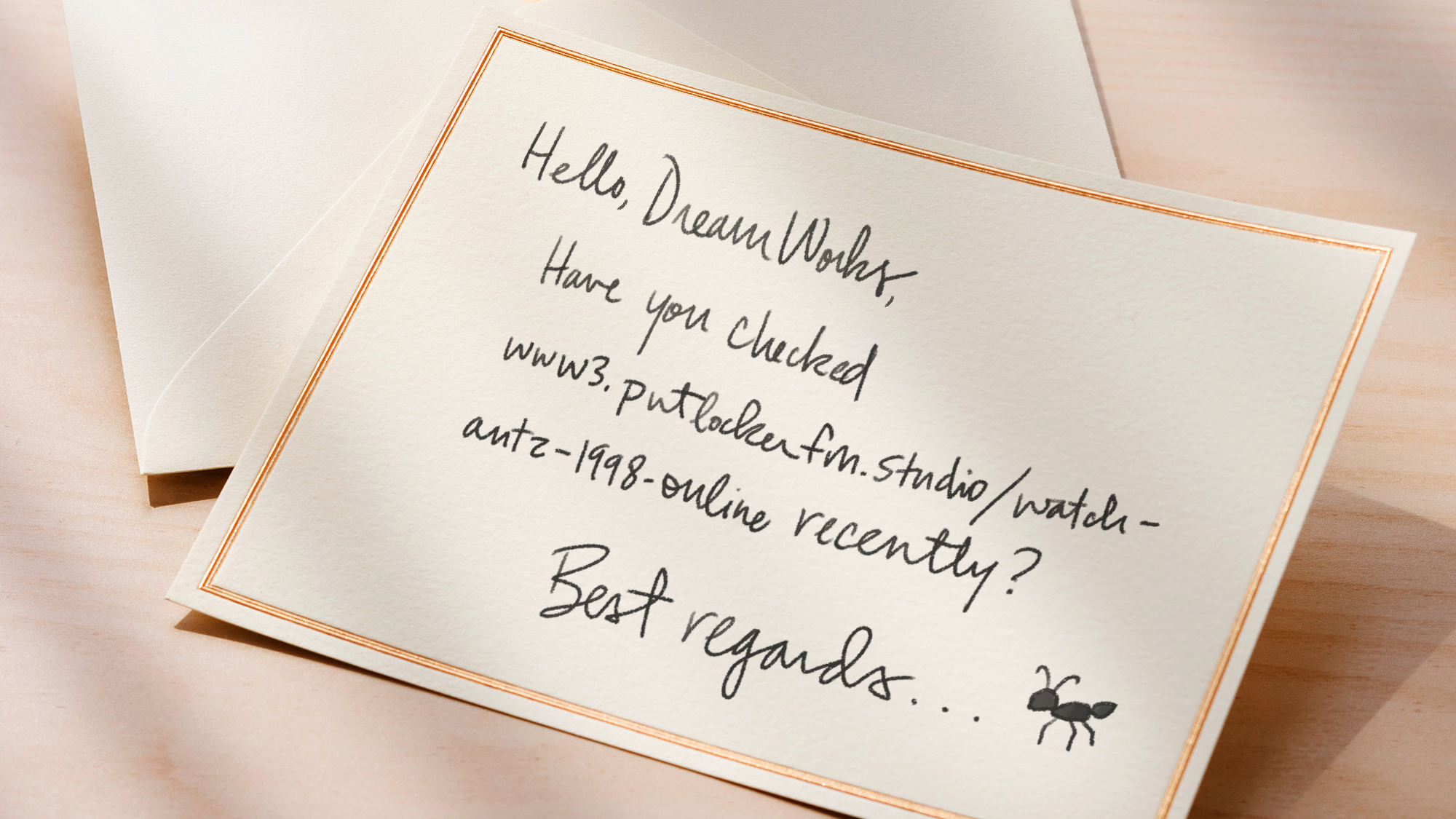 Officials at DreamWorks Studios have been scrambling in a desperate panic after an infamous gentleman thief has sent them a calling card announcing his intention to illegally download the animated film Antz.

A nefarious crime is unfolding, and a treacherous game of cat and mouse has officially begun!

Based on the rare, cinnamon-scented red ink used to write the phrase “Time to watch Antz. I think I shall torrent it, and there’s nothing you rubes can do to stop me! 480p is all I need” in beautiful cursive on the back of the card, authorities believe that this is the work of the same criminal mastermind who made headlines earlier this month for posting a YouTube video of a white rose wilting while the soundtrack for Pixar’s Monsters, Inc. played without the studio’s permission.

Although the shrewd criminal’s true identity is still unknown, the police are currently inspecting the card as well as a wooden music box that appeared in the office of DreamWorks Animation president Christopher DeFaria engraved with the timecode “1:24,” which happens to be the exact DVD runtime of Antz. Police suspect this nefarious villain may also be the shady figure behind mysterious username “DearDreamworks,” who began posting images of an increasingly full golden hourglass in the comments of the webpage “Watch Antz 1998 Free On Putlocker” at the stroke of midnight last night.

It seems that it’s only a matter of time before this nefarious villain is watching the whimsical animated film in its entirety off an illegally downloaded file.

In response to these mysterious threats, DreamWorks has one Byron Joyce, Scotland Yard’s most renowned detective, to catch the criminal before he can illegally torrent Antz. Mr. Joyce rose to global fame last year when he caught the infamous YouTube user Jessa22333, the notorious blackguard who was uploading full episodes of the BBC’s Never Mind The Buzzcocks for free public streaming.

The Case Of The Antz Downloader may prove to be Mr. Joyce’s most difficult case yet, but he better act soon—all of DreamWorks is counting on him, and it’s only a matter of time before this maniac torrents Antz!