The Kindest Man Alive: Jon Hamm Did Push-Ups In Front Of Shelter Dogs For 3 Hours Yesterday 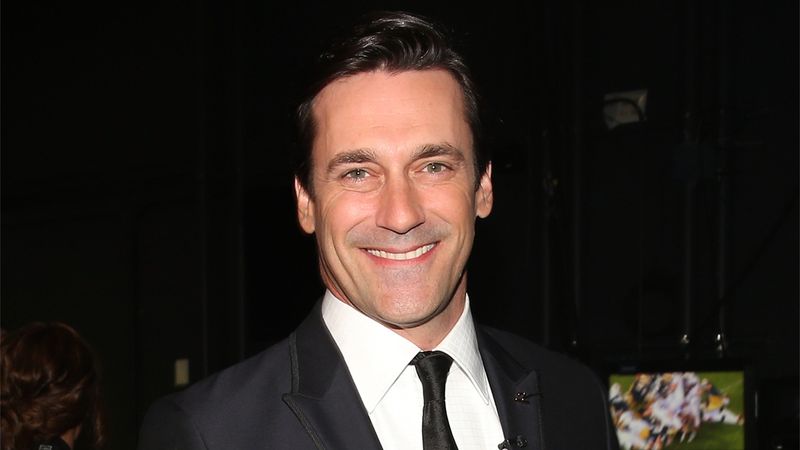 He might play a selfish and deeply flawed man on TV, but yesterday Jon Hamm proved that, off-camera, he is the kindest man alive when he showed up at Stony Point Animal Shelter in Los Angeles and did push-ups in front of rescue dogs for three hours!

Nate Epstein, the shelter employee working the front desk when Hamm walked in, said he was blown away by the Mad Men star’s incredible act of charity.

“I look up and I see Jon Hamm walking through the door. I couldn’t believe it! He walked into the shelter without saying a word, went straight over to the dog kennels, and immediately dropped down and began doing a long string of push-ups in complete silence for the next three hours. It was one of the nicest things I’ve ever seen anyone do!”

Awesome! These pups were blown away by 180 straight minutes of Jon Hamm doing push ups!

Those present to witness the star’s selfless act of charity said that after three straight hours of doing push-ups for the shelter dogs, Jon Hamm went out of his way to stand in front of the dogs and shout out an arbitrary list of Mad Men characters.

Shelter director Margaret Albrecht recalled how moved she was by Hamm’s act of philanthropy.

“As if the endless sequence of push-ups wasn’t generous enough, after Jon was finished, he stood up and started shouting the names of different characters from Mad Men. He looked right at the dogs and shouted, ‘Pete Campbell! Trudy! Peggy! The guy who died! Joan! Don Draper! Roger Sterling! Trudy! Sally Draper!’ And then he just turned around and left. It was one of the most beautiful things I’ve ever seen, and of course, the shelter dogs loved it.”

Talk about going above and beyond! It’s inspiring to see celebrities give back to their communities like this. If only more famous people would follow Hamm’s lead.