The Perils Of Climate Change: All The Bison In Yellowstone National Park Are Now Backwards 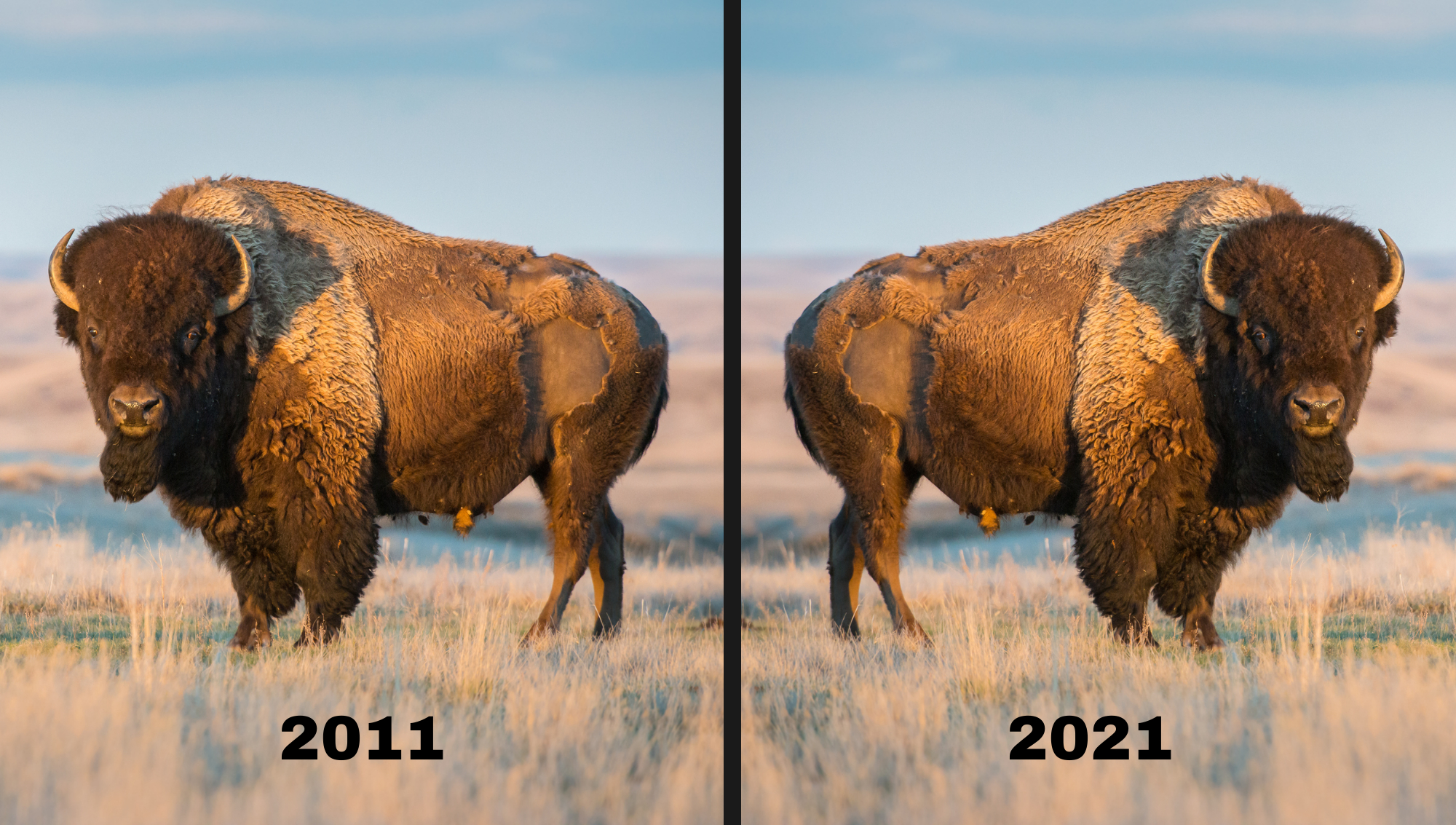 Climate change’s devastating impact on our ecosystem is growing apparent every year, and if this story is any indication of what unchecked global warming has in store for our planet, then we should be absolutely horrified: All the bison in Yellowstone National Park are now backwards.

Just awful. What a sobering glimpse into the new reality mankind has wrought with its reckless disregard for the environment.

In recent years, researchers have documented countless alarming examples of animal populations struggling to adapt to ecosystems ravaged by greenhouse gas emissions, but this troubling new backwards bison phenomenon might be the most grim portent to date. According to Yellowstone officials, the park’s nearly 5,000 bison began showing small signs of turning backwards all the way back in 2011, but the problem has escalated at a terrifying pace in the years since, with over 98 percent of the park’s herd now facing 180 degrees in the totally wrong direction, a change that climate scientists fear may be irreversible. And as symptoms of global warming continue to intensify, the fallout from the backwards bison could potentially trigger far greater devastation on the park’s sensitive ecosystem as a whole.

“By our estimates, it would take at least 2,000 years for the bison to naturally face forwards again, and that’s if we halted all forms of manmade greenhouse gas emissions starting today,” said John DiBattista, a biologist who monitors wildlife populations for the National Park Service. “After centuries of grazing on pastures to their right, these pastures are now on the bison’s left—the total opposite side of their evolutionary training, leaving these herds confused and vulnerable to starvation and predators. What this means for Yellowstone’s broader ecosystem remains to be seen, but at the current rate of climate shift, it’s very possible that every animal species in the park could be facing the wrong direction in less than 50 years. And if that doesn’t scare you, consider that the problems these bison are facing now will eventually impact humans—children born facing right today will grow up in a world that increasingly forces them to face left, obliterating life as we’ve known it for all of human history.”

Absolutely terrifying. How did we let things get this bad?

Anyone who remains even remotely skeptical about climate change just needs to look at photos of Yellowstone bison just 10 years apart, as there’s no way you can see the contrast of the normal-direction-facing bison from 2011 with the backwards-facing bison of today and not be scared shitless.  It is categorically undeniable that our planet is hurtling towards a hellishly backwards climate apocalypse, and way faster than we thought. And the saddest part of this story is that these bison are just a small harbinger of what’s to come. Whether we like it or not, we will reap what we have sowed.