The Saga Continues: Delta Has Just Released The Long-Awaited Sequel To Their In-Flight Safety Card 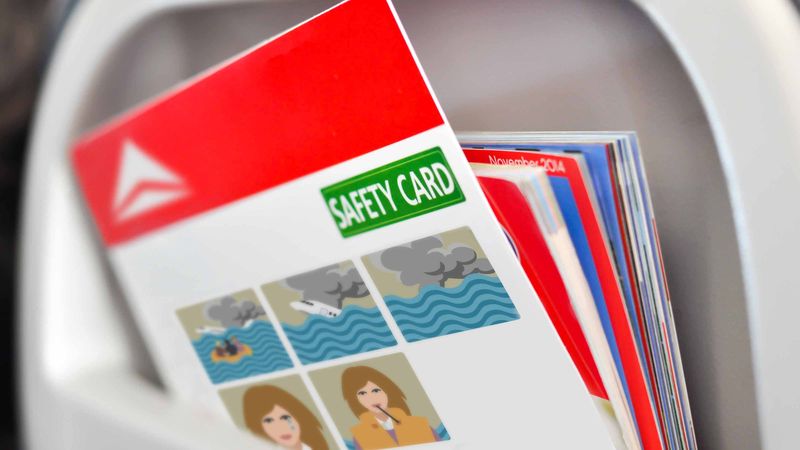 The wait is finally over. Delta just released the long-awaited sequel to their in-flight safety card, and it picks up right where the last one left off—after the passengers have survived their unplanned water landing!

Delta’s first in-flight safety card introduced us to the story of an ill-fated Delta flight that is forced to make an unexpected water landing in the middle of the ocean. The pulse-pounding drama captured the world’s imagination when it first appeared in seat pockets on Delta’s international and domestic flights and introduced us to beloved characters like the man who is bracing for impact correctly and the man who is bracing for impact incorrectly. And now the much-anticipated sequel continues the incredible story of the passengers’ desperate fight for survival.

They may have survived the crash. But can they survive each other? We can’t wait to find out.

A father struggling to put an oxygen mask on his young son. A man stowing his luggage in an overhead bin. The woman seated in the exit row suddenly called upon to get them all to safety. These are the characters we fell in love with in Delta’s first in-flight safety card, and now they’re all coming back in the sequel, currently available on all Delta flights within the continental United States.

Hopefully we’ll get some answers to burning questions, like who was the man seen tampering with the lavatory smoke detector? And what about the other suspicious passengers, like the man who was talking on his cell phone in the middle of the flight and the woman who didn’t put her tray table up for takeoff? Were any of them responsible for the crash? Or is there something else at work here that we haven’t even realized yet?

Picking up just moments after the end of the first safety card, the new safety card finds our characters stranded on inflatable rafts in the middle of the Pacific Ocean as the smoldering remains of the airplane disappear beneath the surface of the water. Here’s a sneak preview of some exciting moments from the new safety card:

With the pilots dead, the group has no clear leadership. And tensions are running high as the survivors begin to suspect they may be here for a while.

Home has never felt so far away for these survivors. And memory is a cruel torment, as shown poignantly in this surreal dream sequence:

For some, the ordeal proves too much to take.

But in the midst of this hopelessness, there are small, powerful moments of humanity.

Will the passengers find a way to work together until they are rescued, or will they tear each other apart? We can’t wait to find out. If the last safety card was any indication, this new one will keep readers guessing until the very end. Let’s just hope they don’t take so long before releasing the next safety card. It’s just cruel to keep us waiting like that!