The Top 7 Commencement Speeches Of All Time 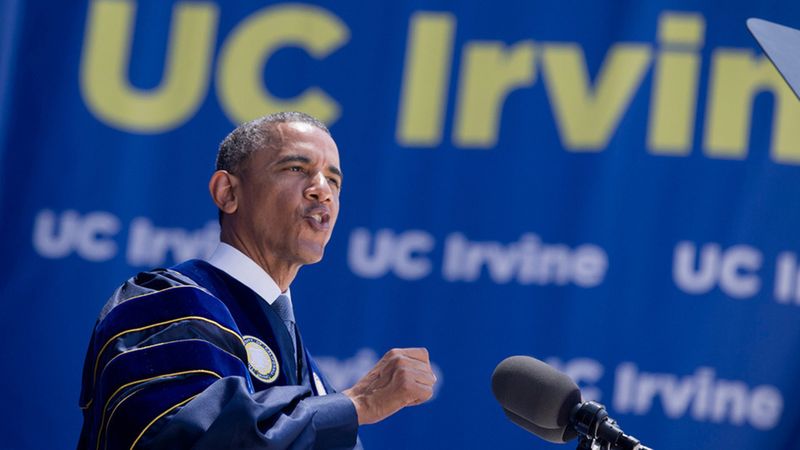 Powerful, challenging, and teeming with wisdom, these commencement addresses will inspire anyone who reads them—not just graduating seniors.

Despite never graduating from college himself, the Apple co-founder seemed to know exactly what the new graduates needed to hear, urging them to seize their youth and make the most of the time they’ve been given.

Honest and unsparing, the Nobel Peace Prize winner did not mince words during this bold commencement address, inspiring the graduating class with his courageous outlook on life.

In a time when Cold War tensions saw many Americans gripped with fear and uncertainty, President Kennedy seized this commencement address as a chance to remind the nation that anything—whether peace or any other grand ambition—was within the realm of achievement if they set their hearts and minds to it.

Though it’s hard to improve on a Harvard education, the American Idol runner-up managed to teach the graduating seniors a lesson they hadn’t learned yet by using rock ’n’ roll music as a metaphor for how to overcome life’s biggest obstacles.

Veering away from the clichés and platitudes that so many commencement addresses depend on, Wallace instead chose to focus on the tedium and frustrations of day-to-day life in the real world and what one can do to succeed despite them.

The U2 frontman filled all those in attendance with a sense of optimism as he expressed hope for their futures and gave them a practical, no-nonsense recipe for success.

Speaking at a time of great uncertainty for young people entering the job market, President Obama was able to calm the fears of the students in attendance and assure them that, no matter what the economic climate, those with the will to succeed can accomplish just about anything.