The Ultimate Fan: This Woman Spent $200,000 On Plastic Surgery In Order To Look Like Beyoncé’s Head 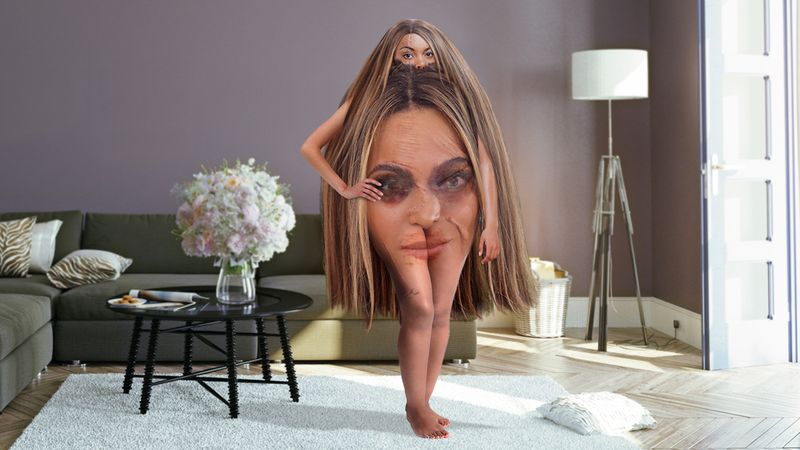 Okay, so with pretty much the whole world in agreement that Beyoncé is literally perfect, it seems nearly impossible to single out any one fan as being the greatest. But thanks to 29-year-old Stephanie Taylor, we just might have ourselves a winner. For years, Stephanie has claimed to be the No. 1 fan of all things Bey, but to prove it, she recently spent over $200,000 on plastic surgery in order to look like Beyoncé’s head.

No matter how much of Lemonade you know by heart, you can’t come close to Stephanie’s dedication to the most badass pop icon of all time. During Steph’s initial, 13-hour procedure, doctors surgically combined her head and shoulder to create an enlarged scalp. Then cadaver tissue was used to connect her legs, gracefully transforming her frame to resemble Beyoncé’s immaculately contoured face.

Talk about a superfan!

From there, Stephanie’s eyes were delicately positioned in the center of two giant, wet orbs that were then inserted into her surgically widened torso, along with two lubricating reservoirs just behind her ribcage to ensure sexy, shining eyes at all times. Liposuction transformed and tightened her belly to resemble Queen Bey’s flawless cheekbones and the excess skin was then fashioned into fleshy lips that doctors could surgically attach to Stephanie’s waist. The finishing touches came by way of a hair restoration specialist, who used implants to cover her expansive scalp in long, flowing hair that can be styled to match any of Beyoncé’s signature looks!

Four months and 17 surgeries later, Stephanie’s body is the spitting image of her idol’s head. And our guess is that once Stephanie goes through enough physical therapy to operate her newly relocated mouth, we won’t be the only ones smiling at this incredible show of dedication.