These Recently Uncovered Ancient Texts Show What A Normal Day In Rome Was Like 2,000 Years Ago 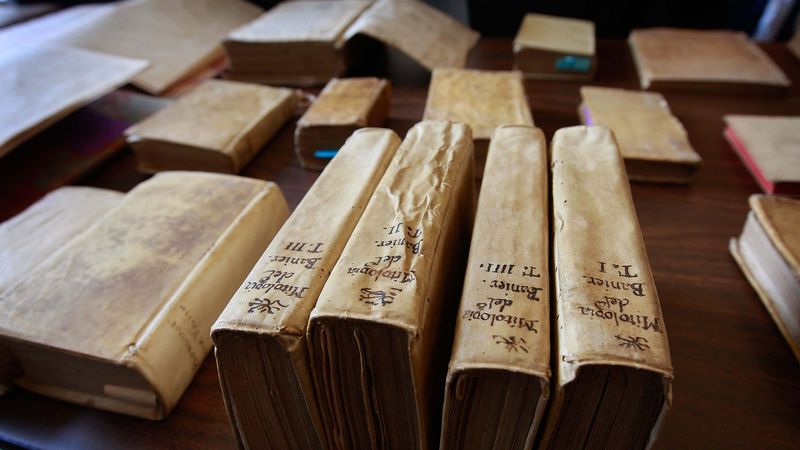 Earlier this month, a team of researchers from Britain’s Southampton University unearthed a previously undiscovered ancient Roman settlement containing a library of scrolls that provide incredible insight into what life was like for Roman citizens 2,000 years ago. Here are some of the major takeaways, with relevant excerpts from the texts. Prepare to take a pretty crazy trip back through time!

Citizens would start off every day by eating Roman’s Jackpot

“One egg, one pancake, and one big glass of OJ, no ice. That is the ordinary morning meal all Romans eat, called Roman’s Jackpot.” (Virgil, 21 BC)

“At market, I purchased a great quantity of clams and scallops and brought them directly to the printing house, where the miraculous machine our scholars believe capable of reshaping the continent in the span of a season awaited. I placed my bounty on the tray and, with a few heaves of the handle, they were well-bashed and ready for feasting.” (Thallus, 12 BC)

The average person did not have a conception of what a dog was and considered dogs to be simply a type of hairy, stupid men

“And then the small, hairy boy who we had elected Emperor of the Empire made his idiot gargles right there on the steps of the Capitol, and all who were gathered there cheered. We loved that he had extra legs and no hands, and the generals who commanded the armies of Rome whispered amongst themselves, ‘Lo, the tiny, hairy gentleman who can neither speak nor read, he is a human for sure. He is a great and wildly stupid leader indeed, and we would follow him even into the Underworld.’” (Quintus Ennius, 224 BC)

The Romans loved going to a place called “The Square,” but it’s unclear where it was or how they got there

“I was climbing up the ladder to The Square when I beheld Antonius on horseback riding diagonally toward the Square in the opposite direction. ‘I am off to The Square,’ said Antonius, and so I said, ‘Me too; see you there.’ And then Antonius told me that he had also met with Gaius and that he had seen him beneath the sea walking clockwise on his way to The Square. We parted ways, and I climbed the ladder into the clouds until it was time for me to get into the hole, and from there I swam to the caves that would send me both upward and backward, toward The Square, which now was farther away than ever.” (Eumenius, AD 280)

The Romans went crazy for mints

“I was sitting in The Square of the capital with all the other Romans, and all of a sudden someone took out a little bag of mints and started shaking it, like, ‘Look what I’ve got, you shitheads.’ Before long, it was a massacre. Everyone was scrambling for the mints. Fathers were killing their sons; brother turned on brother. Rome was bathed in a sea of blood. In the end, 20 lucky people got mints, and one of the mints fell on the ground, so nobody ate that one.” (Gaius Acilius, 152 BC)