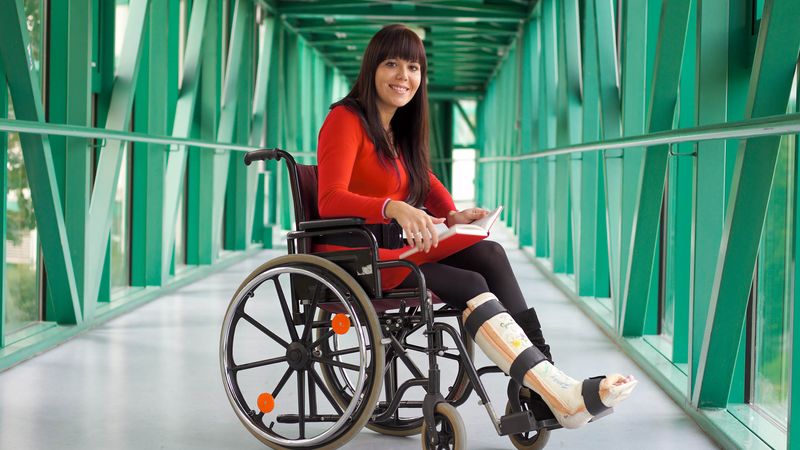 Last April, Christine Simms was in a serious car accident that had her fighting for her life in the ICU. When her condition miraculously stabilized, she began a painstaking physical therapy regimen to regain movement and strength in her extremities. With progress coming slowly but steadily even months later, Christine is calling physical therapy her Mount Everest as if she has any fucking idea what that’s like.

Jesus Christ, the nerve of this woman.

With two shattered knees and a fractured vertebra, Simms definitely faces an uphill battle, but uphill to the tune of 29,000-plus feet? Hardly. People train for years to even get to the first base camp of Everest. Unless Simms is doing some kind of new physical therapy where the rooms are kept at subzero temperatures, there’s really not a comparison to be made here.

What Simms has already accomplished is impressive, but if given the choice between that and crossing a frozen waterfall using a ladder as a makeshift bridge, we guarantee nobody is picking bridge-ladder. This isn’t to say that she’s not up against some pretty unique challenges. Taking 15 minutes’ worth of baby steps to reach the bathroom is no picnic, but last time we checked, hospitals don’t have a ton of hidden crevasses where one wrong step could lead to your death.

Get a fucking clue.

Look, it’s damn near a miracle that Simms can already touch her toes, but that’s not the same as acclimating to lower and lower temperatures every night. And relearning basic muscle movements, though discouraging, is a far cry from having to deal with disorienting altitude sickness in Knife Ridge while the summit taunts you, just out of reach. Perhaps if Simms took even one second to consider what climbing Mount Everest might entail, she wouldn’t be so fucking cavalier with her language.

According to doctors, Simms is getting better every day, so thanks to her hard work and never having to wait out a six-day ice storm next to a frozen corpse, she should defy the odds and make a full recovery.