This Is Probably Not Going To Win Us Any Goodwill, But We Asked 22 Ice Cream Truck Drivers To Tell Us About The Fattest Kids They Ever Served 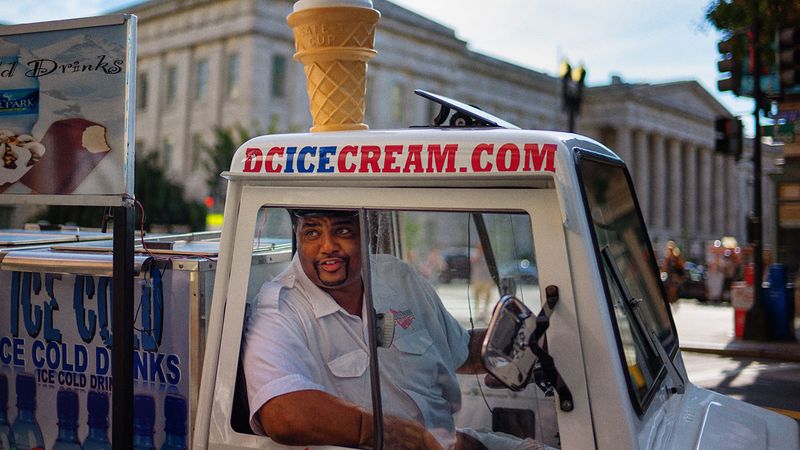 Look, we know we’re probably not going to win any awards with this one, but here goes.

4. Bilal Gajani – “Is this going to be published somewhere? I’d rather not say.”

5. David Valdez – “Well, there’s this massive tanker of a boy who sometimes stops me down by the school over there. I mean, he’s really something special—literally about as wide as a loveseat, and it’s all just shapeless dough. Absolutely no sign of a skeleton. It’s mind-boggling how huge he is.”

Again, we know this isn’t gonna get on any “Best Of” lists, but, you know, we put it up on our site.

6. Adam Vannella – “There have been some pretty big ones, but there’s not one in particular that sticks out in my memory.”

8. Paul Konig – “I used to park on the street right outside this big public pool, and when the kids heard my truck, of course they’d all run out of the water to come get ice cream. To exit the pool area, they had to go through this turnstile, and there was this one kid who was so fat that he would literally have to turn sideways to squeeze through the turnstile. All the other kids sprinted right through, but he’d have to turn sideways and sort of inch his way through, and six or seven kids would be queued up behind him by the time he made it. It was like watching a cruise ship trying to wedge its way down a canal while a cluster of speedboats were stuck behind it. You just had to shake your head and laugh.”

10. Danny Benz – “He had a mouth like a Ninja Turtle’s, where it was basically a wide slit across his face he could just prop wide open and then toss ice cream sandwiches down the hole. Boy, could he ever eat!”

11. Ibrahim Yosufzai – “Ask me off the record and I’ll tell you some stories.”

12. Jason Torrijos – “To be honest, most of the kids are just barely tall enough to order at the window, so usually I don’t see much more than the tops of their heads.”

Just a heads up: This next one’s pretty brutal. If you want to skip ahead or something, it makes total sense.

13. Randy Stergar – “Oh, man, I wish you could’ve seen this kid. Just an absolute unit. Swollen ankles, arms like blimps, stacks and stacks of fat all up his waist—you’d have to buy him two seats on an airplane, no question. He’d always come up to my truck in the same red tank top with the fabric sucked up underneath his titties and the same white high-tops with the rubber worn out all uneven on the bottoms. I’d ask him what he wanted and he’d always give me this blank, cow-eyed stare for a few seconds that would just piss the hell out of me, as if he couldn’t process the question through all the chicken skin clogging up his brain. And then, when he’d finally order, I’d literally have to grab a pen and a notepad to keep track of it all. You think I’m kidding, but I’m not. I distinctly remember him breaking $50 bills on more than one occasion. So then I’d go back to fill up a wheelbarrow with Choco Tacos or whatever and—I shit you not—I’d be able to hear his breathing over my truck’s loudspeaker. And I always had that music blaring. Like, you could probably hear ‘Do Your Ears Hang Low’ from a mile away. Honestly, it was depressing as hell. His lungs were working so damn hard and still coming up with jack shit. I actually haven’t seen him in a while, and I wouldn’t be surprised if he died. Or maybe his mom took him on Maury or something and they put him on a diet program. It’s all just really sad. He’ll probably never find love, never be healthy enough to work a real job. I mean, what could he do? Plug a geyser? It’s just a bad situation all around. Anyway, he was definitely the fattest kid I ever encountered.”

15. Sam Henley – “I mean, I don’t want to judge, but there are a couple of kids who come to mind. There’s this one we call She-Beefer—I’d rather not say anything else, but ask any other ice cream man in the area and I’m sure they’ll tell you all about her.”

17. Jacob Boyd – “There are certainly a bunch of fat ones, but none stand out in my head as being especially obese.”

This is rough, we know. The thing is, we thought this would be interesting, but, well, this is the final result. We really don’t have any excuse.

18. Jaroslav Martinak – “There’s this one in particular who is really, really fat. Bigger than some clouds.”

19. Bernard Cook – “His name was Henry, and he would buy two Snickers ice cream bars and one Lemon Chill every single day, no matter what. I remember one time he told me that he buys the Lemon Chill because he thinks it’s important to have a ‘healthy option.’ Honest to God, he really said ‘healthy option.’ He thought it was like a fucking side salad.”

20. Kareem Said – “Some of the customers are bigger than others, yes, but I’d rather not answer. They’re children, after all.”

21. Erik Pinter – “Ah, Christ, that’s hard. There’s a lot to choose from. I guess there were these two brothers I used to see who’d just be lurking outside every day until I came around. I’d be driving and I’d see these two little tubby heads pop up from behind a bush and then disappear. Moments later, I’d see the same two fat faces pop up from behind a different bush 50 feet closer. I’d keep my eyes fixed on the bush, waiting for them to pop up again, when all of a sudden I’d hear their little padded palms slamming furiously against the side of my truck, both of them shrieking like baboons with their eyes rolled back in their heads. I’d open my window to take their order, and they’d just whip rolls of dimes at my head while yelling the kinds of ice cream they wanted. It scared the hell out of me, so I’d just chuck an entire box of sundae cones at them and peel away. Then I’d see them in the rearview frantically stuffing the ice cream down their shirts, and they’d link their arms together and somersault down this big hill before vanishing into the woods. It was nuts.”

Well, you made it this far. Might as well finish this bad boy off.

22. Nathan McLean – “He probably weighed 300 pounds or so. He liked eating the Sonic the Hedgehog bars.”