This Looks Bad: The President Of The National Dairy Council Threw Up And Resigned At A Press Conference After A Reporter Told Him Where Milk Comes From 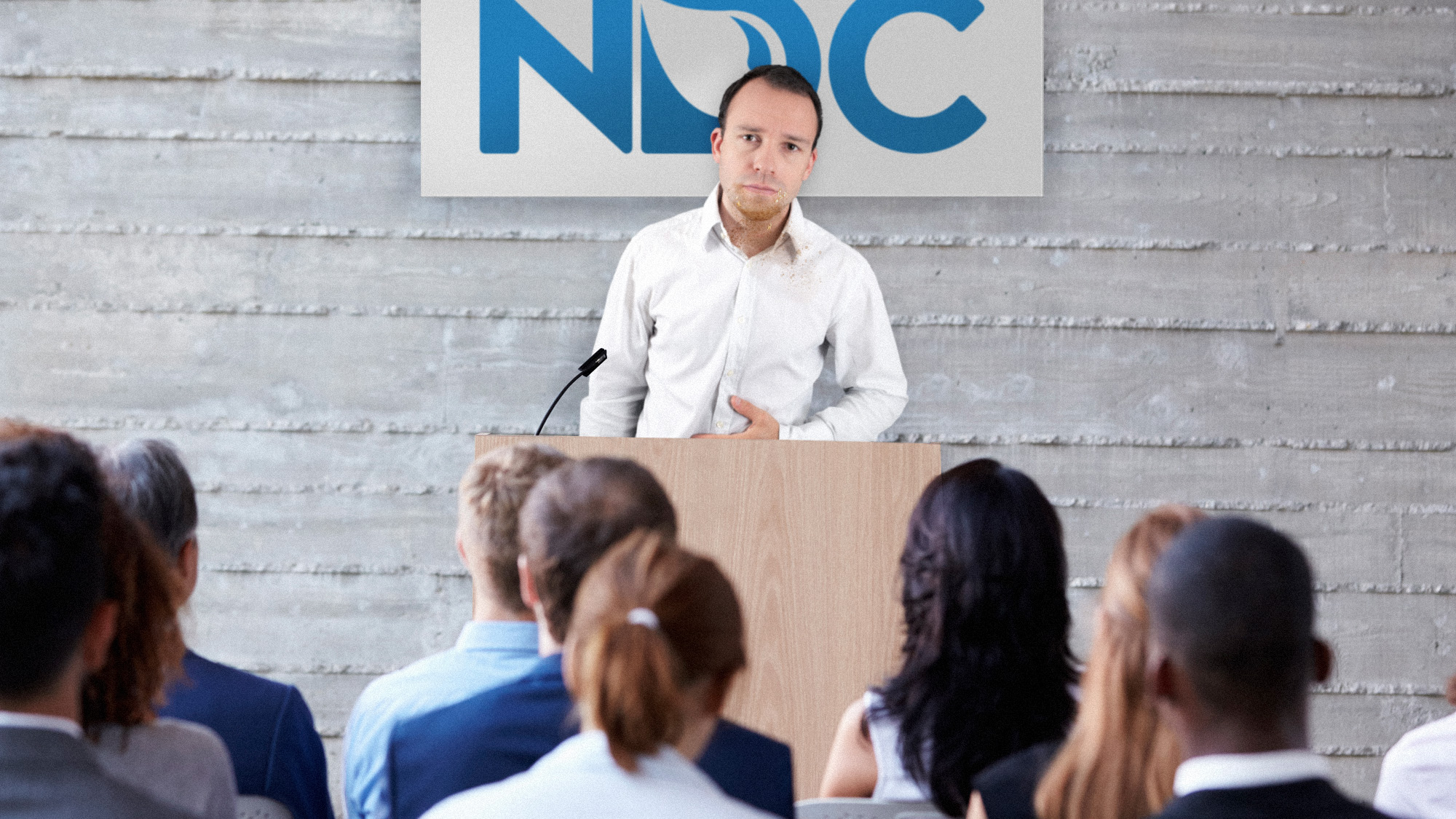 The president of the National Dairy Council just suffered through a PR nightmare today. During a routine press conference to talk about the health benefits of milk, council president Jeff Carr threw up on camera after a reporter told him where milk comes from.

Yikes. This is definitely a bad look for the National Dairy Council.

The incident occurred early on in the press conference when a reporter asking a question about U.S. dairy manufacturing mentioned in passing to Carr that milk comes out of a cow’s udders. Upon learning this, the dairy business leader immediately grew pale and projectile-vomited all over his podium.

The numerous photographers in the room snapped pictures as the dairy council president violently threw up for several minutes, stopping only once to gasp the words, “Oh god, I put milk on my cereal this morning and it’s basically cow piss,” before beginning to vomit again.

After a long period of dry-heaving and moaning that it was “fucking disgusting” that milk came from “a big pink sack covered in warts,” the now haggard and disheveled dairy industry leader returned to the vomit-stained podium and in a weak voice croaked out that he was resigning effective immediately because milk is too gross for him to endorse. He then hobbled out of the room, while calling out for someone to bring him “a slice of good wholesome cheese to get the taste of milk out of my mouth.”

The National Dairy Council says it is currently looking for a new president to replace Carr, but everyone it’s asked has immediately vomited upon learning that milk comes from the swollen mammary glands of a cow. It’s definitely a dark time for the agency, and it’s going to take it a while to recover from this major PR disaster.