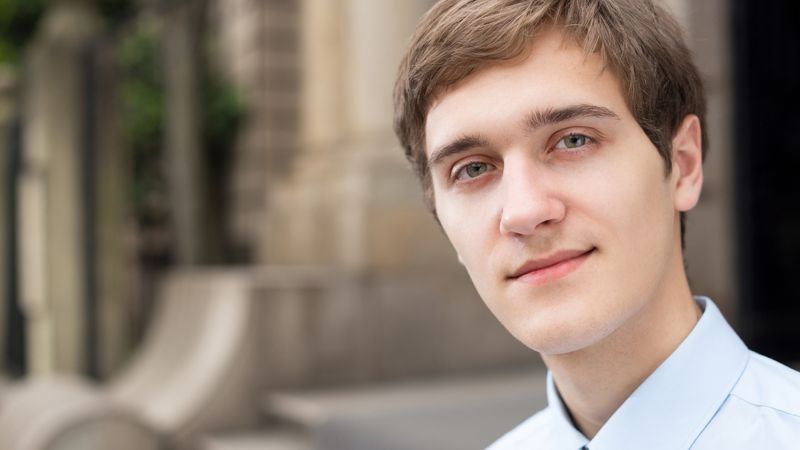 Growing up, Ryan Thorley didn’t realize anything was wrong. He was happy, he got good grades in school, and he fit in well with his peers—what else could a boy want? But little did he know that his brain wasn’t functioning as it should. When he looked at the Disney logo, for some strange reason, he would always see the “D” as a “G.”

“I didn’t realize it until I was in college,” said the now 27-year-old. “I looked at the logo and thought, ‘Wait, Disney begins with a D. So why does it look like a G to me?’”

Alarmed, he went to nearly a dozen different neurologists seeking answers and treatment, but none were able to offer any assistance. Running out of options and growing increasingly desperate, Thorley reached out to Dr. Alain Desjardins, a Johns Hopkins neurologist widely renowned for developing numerous groundbreaking brain treatments.

“The moment I heard about Ryan’s issue, I knew it was going to require radical surgical intervention,” said Desjardins. “For him to perceive what was very clearly a D as a G was indicative of severe abnormalities in the neural pathways and structural anatomy.”

Using a litany of cutting-edge navigational imaging techniques, Desjardins was able to identify deformities in portions of the frontal lobe and angular gyrus as the sources of Thorley’s problem. Unfortunately, there were no existing surgical solutions that could reliably correct the issue. However, if Thorley consented, Desjardins was willing to make him the pilot patient for an invasive experimental procedure that, if flawlessly executed, could effectively erase the problem.

“They told me up-front that the surgery came with a 30 to 40 percent chance of fatality, and I really didn’t know if I was comfortable taking that risk,” Thorley said. “But, ultimately, I realized that if I ever wanted normalcy in my life, then it was necessary for me to take this leap of faith.”

Over the course of an intense 21-hour procedure, Desjardins and his team removed large portions of Thorley’s brain and replaced them with seven state-of-the-art electromagnetic implants. Thorley survived the surgery, but it would take at least six months of grueling recovery before the brain implants could be activated and doctors could determine whether the procedure had been a success.

After months of brutal rehabilitation marked by constant, blinding pain, Thorley was finally ready for the moment of truth. Using a device that vaguely resembled a Wii remote, Desjardins activated the brain implants one by one, each time sending a violent jolt of electricity throughout Thorley’s body. Then, following a three-day acclimation period, Thorley was shown the Disney logo.

“It was the happiest moment of my life,” Thorley said. “I finally felt like everything was going to be okay.”

Though the surgery produced some lasting side effects—Thorley will never again be able to grow hair on the right side of his head, and incidental paralysis of facial nerves has left him with a permanently slack expression—the downsides are vastly outweighed by the promise of a bright future. As long as Thorley continues to go in for the weekly electroshock treatments that are necessary to keep the brain implants operating, he’ll never see the D in the Disney logo as a G again.

Share this article if you were inspired by Thorley’s story!