Thrilling: This ICE Officer Currently Escorting An Immigrant Woman Away From Her Family Is Thinking About Which Movie Star Would Play Him In A Film Called ‘American Sentinel’ 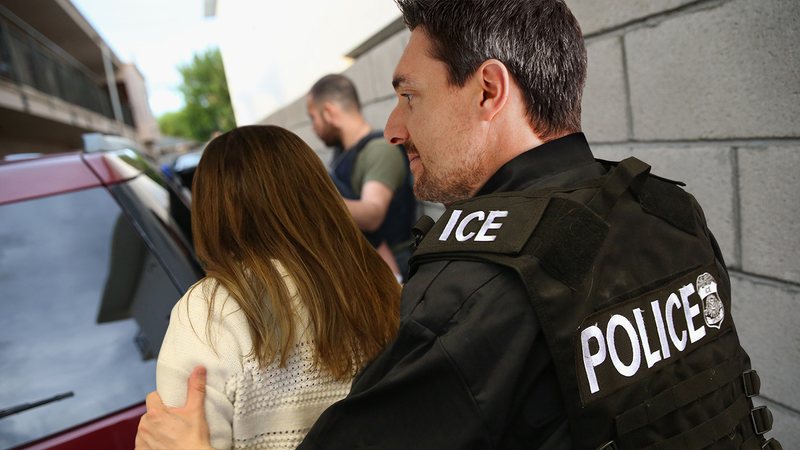 Get ready to geek out over something seriously awesome.

Being an immigration officer may be a difficult job that requires a lot of focus, but that’s not stopping ICE agent Michael Calloway from doing a little badass daydreaming while on the clock: Calloway is currently arresting an immigrant woman while thinking about who will eventually play him in a badass biographical film called American Sentinel.

Wow! That sounds like it will be a thrilling, must-see movie once the casting is finalized in Michael’s head!

As the undocumented woman, who has lived in the U.S. since being brought here as a child in 1987, is being led away from her husband and two children by Calloway, the future protagonist ICE agent is carefully considering several action stars to portray himself, ranging from Vin Diesel to Michael Chiklis.

“Dwayne Johnson would be great as me, but he’s maybe too handsome,” Calloway thought as he tightened handcuffs around the woman’s wrists. “I’m not supposed to look like some sort of superhero, more of a relatable everyman who bravely stands up in defense of his country. Jason Statham could work, because although he’s handsome, he kind of seems normal-handsome, not movie-star-handsome.”

After disinterestedly glancing at the woman’s crying 8-year-old son and 12-year-old daughter, Calloway daydreamed how cool this arrest would look in the montage of him arresting hundreds of people after Trump’s election, set to a heavy-metal cover of “I Fought The Law.”

Calloway was forced to briefly stop thinking about American Sentinel when the woman’s husband, a recent U.S. citizen he couldn’t arrest, asked what address his wife was being taken to. After answering, “Jail. Now back the fuck off,” the ICE agent started considering which actress should play his wife. “Angelina Jolie could be Karen,” thought Calloway as he shoved the undocumented woman into his squad car. “Angelina would do a good job of kissing my character goodbye before I head off to work in the morning, so the audience knows I’m a family man. Maybe they can use CGI to make her younger for the scenes where they show how we met on eHarmony.”

At the moment, as Officer Calloway drives the woman toward an ICE detention facility, he’s trying to decide between the tag lines “Justice Never Sleeps” or “He Is The Wall.” Either way, his imaginary movie sounds like an edge-of-your-seat thrill ride!