Throwing A Hail Mary: Christopher Nolan Is Furiously Recutting ‘Dunkirk’ As A Female-Driven Coming-Of-Age Story In Hopes It Will Win An Oscar 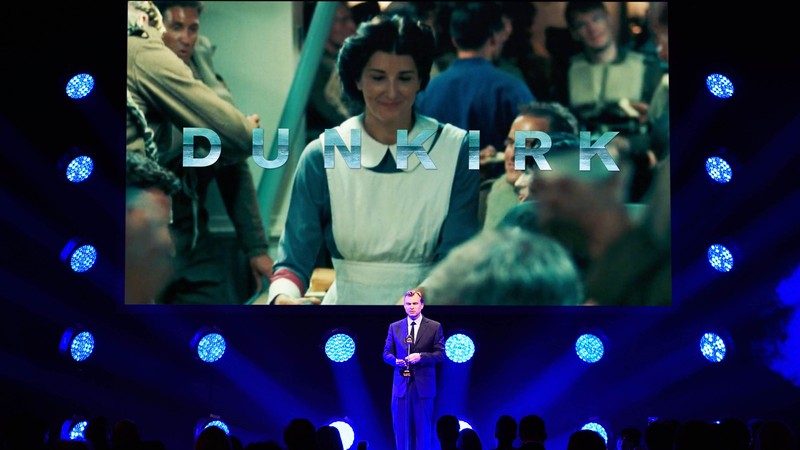 Stories about underrepresented voices are gaining well-deserved popularity in Hollywood these days, and now it’s very obvious that Christopher Nolan has taken notice. The man must really, really want to bring home Best Picture because he is trying to game the system with a real moonshot idea: Christopher Nolan is currently halfway through feverishly recutting Dunkirk as a female-driven coming-of-age story in hopes it will win an Oscar.

Sources close to the filmmaker say that after taking note of trends in the competitive field of Oscar-worthy films this year, Nolan rushed off to an editing bay and frantically opened up Final Cut Pro to start rearranging footage from his original film about soldiers in World War II into a new film about the struggles and triumphs of becoming a woman. As of press time, the new cut is entitled Growing Up Dunkirk, and it focuses on one nurse’s attempts to fulfill her duties as a caregiver on a British destroyer while simultaneously navigating complicated friendships with her fellow nurses and starting to date her longtime crush, a British soldier played by Hollywood heartthrob Harry Styles.

Nolan has been spending 12 frenzied hours a day intercutting brief snippets of dialogue from an unnamed nurse character in the original Dunkirk supported by new voice-over of the nurse describing her complicated, but ultimately loving, relationship with her mother. Although the new cut currently clocks in at only 24 minutes, including several montages of shots that pan across the open ocean that he’s desperately hoping will be interpreted by the Academy as a symbol for the vastness of the female experience, the acclaimed director appears confident that its female-driven storyline about finding one’s true identity in the face of adversity will catch the Academy’s attention better than a more traditional war movie would have.

Industry insiders agree that this is a million-to-one shot, but if he pulls it off and voters do identify with the nurse’s struggle to find her blossoming identity within the hospital walls and within herself, it would be quite the win. Nolan is clearly gunning pretty hard for an Oscar, and you can’t blame him for pulling out all the stops, even if it means completely abandoning the WWII film he spent years working on. Let’s see if he’ll be the first filmmaker to pull an all-nighter before the Oscars—and still snag one of those coveted golden statues!