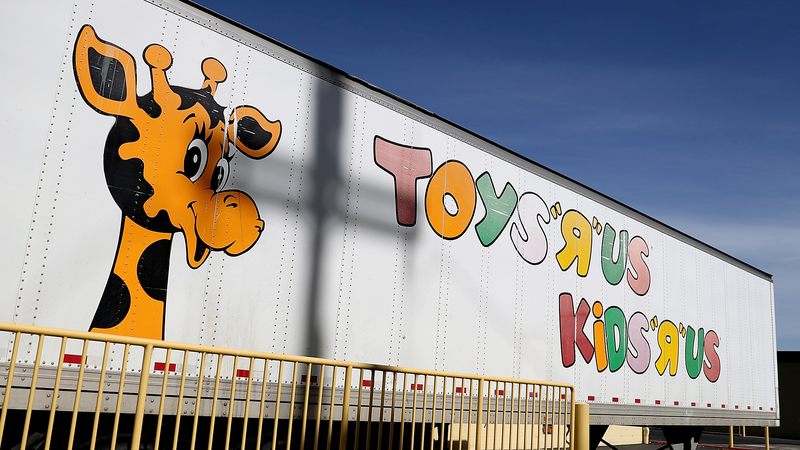 CEO of Toys R Us

When I became CEO of Toys ‘R’ Us, I was excited for a chance to lead one of America’s most well-known toy stores into a new era of prosperity. Unfortunately, it pains me to announce that after 70 years of bringing joy to children across the world, Toys ‘R’ Us will soon be shutting its doors forever. Many people will say that our company couldn’t compete with online retailers like Amazon, or that the billions of dollars in debt we were saddled with proved to be an insurmountable obstacle to our future as a company. Neither of these is why our business is in the process of liquidation. Toys ‘R’ Us is going out of business because America wasn’t ready to accept a celibate giraffe mascot.

We genuinely thought this country had come far enough for people to open their hearts to a giraffe mascot who had sworn to himself that he would never have sex. We were wrong.

When Toys ‘R’ Us first announced in 2015 that Geoffrey the Giraffe had taken a strict vow of sexual abstinence, our company’s revenue stream immediately began to dry up. Although our shelves were always stocked with the most popular toys, and although we took great care in treating customers with respect and kindness, as soon as American consumers saw our commercials where Geoffrey the Giraffe announced, “I have taken a solemn oath to never have sex with humans or other giraffes,” they simply could not bring themselves to shop at our stores. Their disgust at the idea of a chaste giraffe was so immense that they simply refused to patronize our business, and now Toys ‘R’ Us is paying the price for their intolerance.

It’s 2018. Americans need to do some soul searching if they truly can’t find it within themselves to patronize a store that proudly touts Geoffrey the Giraffe’s choice to preserve his virginity.

For years, we here at Toys ‘R’ Us have experimented with every variation on Geoffrey the Giraffe’s interest in having sex. From Geoffrey being desperately and indiscriminately horny to Geoffrey being cautiously open to trying sex if he met the right person, our iconic mascot has occupied every position on the promiscuity spectrum—except for uncompromising celibacy. Shoppers took no issue with Geoffrey’s sexual appetite for decades on end. It was only after we debuted Geoffrey the Giraffe’s strict vow of abstinence that customers began to abandon us and our stock began to plummet. I am deeply ashamed of the American people for refusing to shop at Toys ‘R’ Us simply because the giraffe on our storefront has taken a strict vow of abstinence.

It just goes to show that our society has a long way to go before a sexless giraffe can represent a toy company without controversy. The only comfort I find as the CEO of Toys ‘R’ Us is that we can proudly say we were simply ahead of our time. I don’t know if America will be ready for a celibate giraffe mascot in my lifetime, or even my children’s lifetime, but when that day finally does come, I hope everyone remembers what side of history Toys ‘R’ Us was on.