Tragic: The Michael Jordan Of Whitewater Rafting Just Drowned In The Shaquille O’Neal Of Rivers 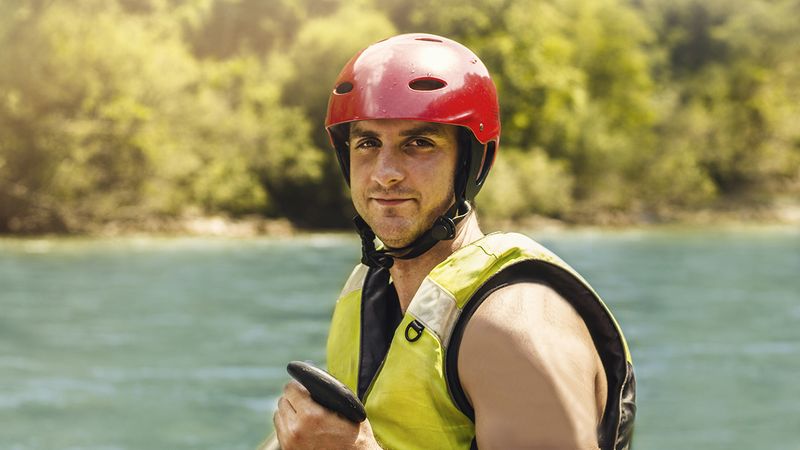 A downriver-rafting competition took a turn for the tragic this weekend, all but guaranteeing a day that will now live in infamy among fans of the event. After being thrown overboard mid-race, Bret Renfree, the Michael Jordan of whitewater rafting, drowned in the Chattooga River, the Shaquille O’Neal of rivers.

News of the heartbreaking incident was confirmed in a press release from the competition’s organizers. Renfree, famous for winning the Kobe Bryant of downriver-rafting tournaments an unmatched four years in a row, fell out of his raft as it went over an 8-foot drop into the Allen Iverson of rapids. Despite the LeBron James of search parties’ quick leap to action, they were unable to locate Renfree right away.

It was soon discovered that Renfree’s leg had been caught between the Kareem Abdul-Jabbar and Magic Johnson of riverbed rocks, trapping him under the Larry Bird of currents. Though he was airlifted by the Jason Kidd of helicopters to the Dwyane Wade of hospitals, several attempts made by the Dirk Nowitzki of ER doctors to revive him were unsuccessful.

The Yao Ming of candlelight vigils was held at the Shaquille O’Neal of rivers’ edge later that night, attended by the Carmelo Anthony of grieving communities. Whitewater rafting will always be a risky and dangerous sport, but we hope we never see a Steph Curry of tragedies like this again.

We offer the Tim Duncan of condolences to his family.