True Heroes: When Nobody Came To This 12-Year-Old’s Birthday Party, The Entire United States Military Showed Up To Celebrate With Him 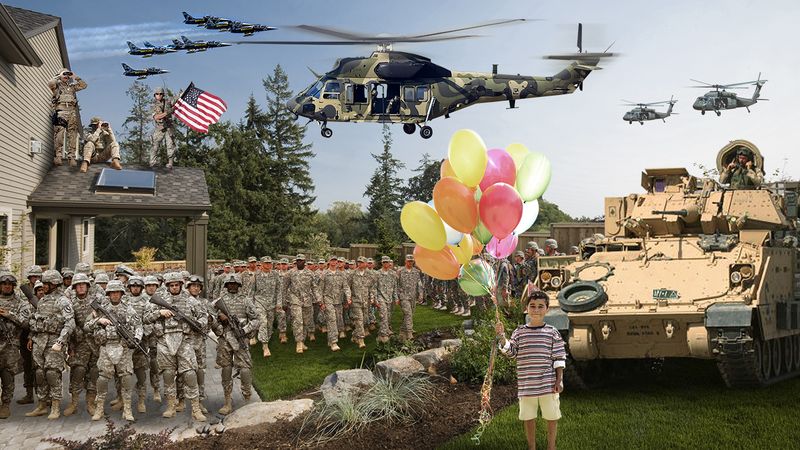 Give it up for the men and women of our armed services, because they did something truly amazing.

Twelve-year-old Trevor Gannett invited everyone in his middle school class to attend his birthday party, but none of the kids showed up. His mom posted images of the heartbroken child sitting alone, surrounded by his birthday cake and decorations, and asked people to help cheer him up. The images went viral and caught the attention of the U.S. military, and the very next day, all 1.4 million active-duty service members showed up to celebrate with Trevor!

Yup. Trevor opened his back door to see members from every branch of the armed forces standing in his backyard ready to wish him a happy birthday and eat ice cream cake! Members of the Army, the Navy, the Air Force, the Marine Corps, and even the Coast Guard arrived from all corners of the globe, from as nearby as Fort Lee in Virginia to as far away as Bagram Air Base in Afghanistan.

From all accounts, Trevor had an absolute blast at his party. The Navy Brass Quintet played “Happy Birthday,” and Secretary of Defense Ashton Carter gifted him his very own “Army Strong” T-shirt. And after Trevor blew out the candles, he got a special treat: a flyover by 1,200 fighter jets—100 for every year he’s been alive!

Looks like the greatest army in the world is also the kindest army. Bravo, military, bravo!