Truly Disturbed: This Woman Is Making The Casserole Recipe Listed On The Back Of Her Cereal Box 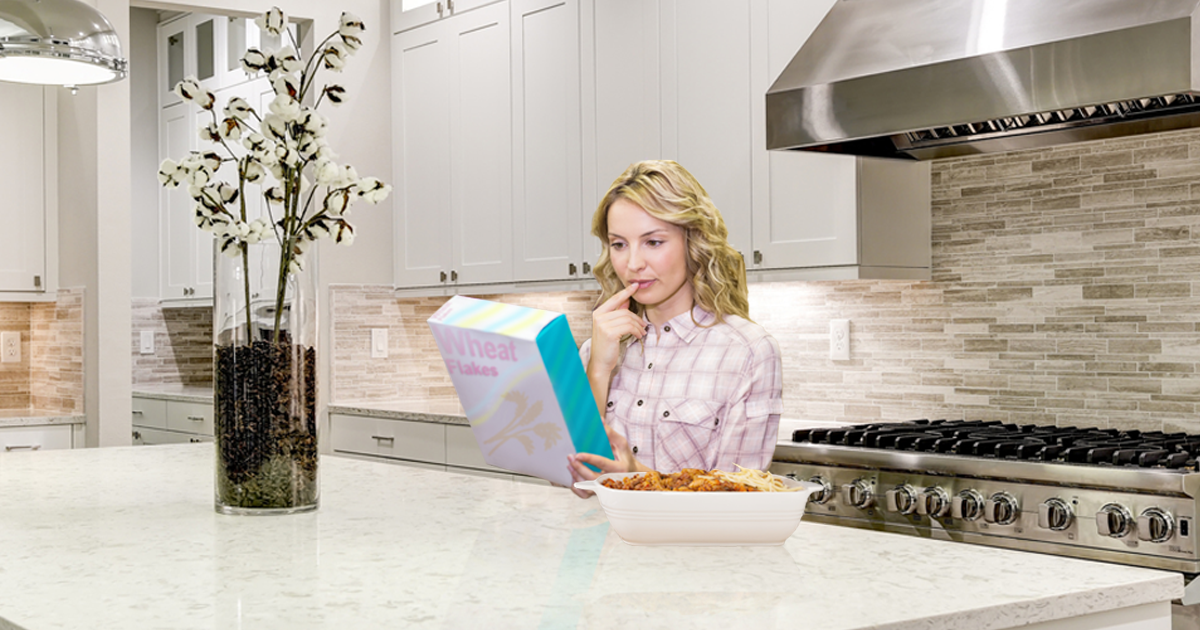 Brace yourself, because the following story might just shake you to your core: This woman is making the casserole recipe listed on the back of her cereal box.

Yikes. This is so fucked up.

In a truly bizarre display of sick and twisted behavior, 34-year-old Barbie Adelwater of Fairfield, CT is currently making something called “Hash Brown Casserole,” which she decided to cook after seeing the recipe listed on the back of a generic box of wheat flakes. Despite the fact that those recipes are just there to fill up space on the box next to a crossword puzzle that only an extremely bored child might bother to do, Barbie went to the grocery store earlier today specifically to pick up ingredients for the dish, a truly outrageous act of culinary insanity given that she just as easily made some normal-ass pasta or even ordered in. Barbie’s level of excitement over the flavor combinations suggested by the cereal box’s sparse six-line recipe is shocking coming from an otherwise healthy, functional adult, and it’s safe to say we are disturbed.

Jesus Christ, lady! Get a grip and just roast some vegetables for dinner like a normal person!

The Wheat Flakes box’s recipe calls for two full cups of sour cream in addition to two cans of cream of chicken soup, a level of sodium that hasn’t been advisable since like the seventies, which is probably the last time anyone made this recipe. It’s 2022 – there are countless recipes from some of the best chefs in the world available for free online, so unless the internet is down in some kind of global blackout apocalypse scenario, then there’s absolutely no reason a person under the age of 80 should ever be consulting a cereal box while making dinner.

This is seriously so upsetting. Here’s hoping Barbie’s friends and family do a wellness check on her soon, because something is definitely off if she’s getting her recipes from cereal boxes. Unless of course she’s making Rice Krispie treats. That one’s okay to do.