Two Americas: A New Study Has Found That Goodwills In Richer Neighborhoods Have An Average Of Twice As Many Versions Of ‘Scene-It’ 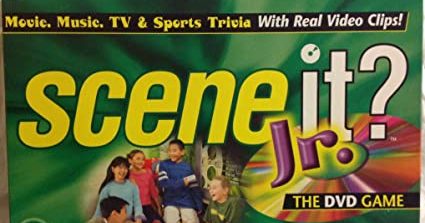 For such a highly developed country, the United States has an absolutely shameful level of economic inequality. One stark example of this pernicious problem can be seen all over the country in the nation’s thrift stores: A new study has found that Goodwills in richer neighborhoods have an average of twice as many versions of Scene–It.

Wow. To see the insane stratification of wealth in our country presented so starkly is disturbing to say the least.

Sociologists at Dartmouth College recently published a paper entitled “Whose Scene Is It, Really? Disparities In Pop Culture-Themed Multimedia Game Access In The Detroit Metropolitan Area,” which examined the concentration and quality of used Scene–It game boxes in the “Home Goods/Miscellaneous” sections of Goodwills in six different Detroit area neighborhoods. Their findings were nothing short of appalling: The wealthiest zip code they studied had an average of two times the amount of Scene-Its in its Goodwills than the poorest, not to mention the fact that these Scene-Its were more diverse in variety than those of poorer neighborhoods and more likely to include coveted Scene-It variants such as Glee Scene–It or Scene It Sports Powered By ESPN. Meanwhile, Goodwills in less affluent zip codes often featured less-than-desirable Scene-Its such as the Turner Classic Movies edition  and Scene–It Junior. What’s more, the Goodwills in the most impoverished areas had a higher incidence of Scene-Its whose cardboard boxes had gotten wet and become warped beyond recognition, as well as game sets that included someone’s discarded 2007 mix CD rather than the DVD required to play the game.

How do we expect low-income neighborhoods to thrive when their lack of resources is so blatant and unfair? This is just ridiculous.

According to the study, a single parent from a lower-income neighborhood who wants to buy a copy of 2003’s Disney Scene–It to help enrich their child’s understanding of clips from movies like The Incredibles and The Little Mermaid would have to drive an average of 19.6 minutes or spend 58 minutes on public transportation to find a copy of the game that contains both the six-sided and eight-sided dice needed for gameplay. It’s simply unconscionable that this is the reality many Americans have to live with when other well-to-do people are able to waltz into any Goodwill they like and be greeted with not only multiple versions of Scene–It, but likely also a discarded Lord of The Rings Monopoly and a mostly intact Eiffel Tower puzzle as well.

This is disheartening, but not surprising. Something needs to be done about the increasing inequality in our nation ASAP, because everyone deserves a fair shot to identify scenes and answer trivia questions from popular 90s and 2000s movies and TV. It’s the only path forward for a truly just society.