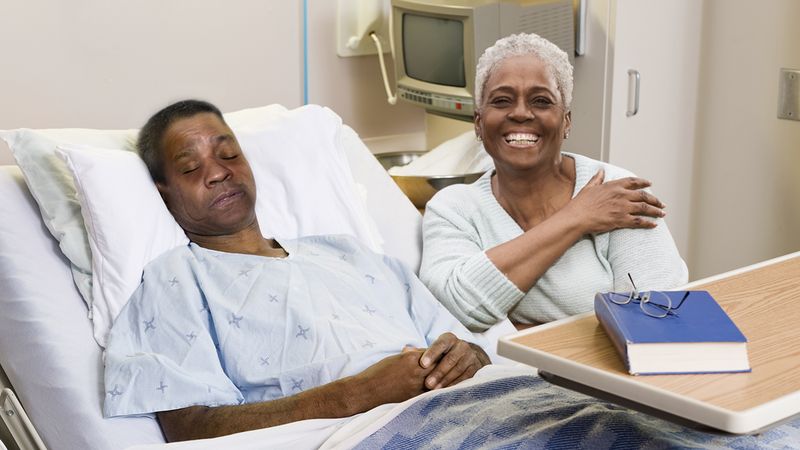 Okay, we all have our favorite movie stars, but here’s one fan who’s seriously obsessed.

Sarah Pettis is a Denzel Washington superfan. She’s seen all his films and says she knows basically everything there is to know about him. So when a violent head-on car collision left her husband, Mike, in a coma, Pettis went all-out to show her devotion to her celebrity idol: She dropped $100,000 on plastic surgery to reconstruct her comatose husband’s face to look just like Denzel’s.

Um, talk about taking your fandom to the next level!

Because the couple’s living will gave her power of attorney, Sarah wasted no time getting to work making her husband look exactly like Washington. The 37-year-old, who says she has been crazy about Denzel since she was 14, hired a team of the best plastic surgeons in Los Angeles to operate on her husband in the ICU.

Seven surgeries and $100,000 later, the unbelievable transformation was complete. Mike has a striking jawline and a fierce brow, and when you pull back his cheeks, you can pretty much convince yourself you’re looking at the same man you saw in Remember The Titans.

All we can do is shake our heads at Sarah’s crazy dedication. We might never understand why some fans do the things they do, but it’s safe to say the bar for Denzel fans has officially been raised.