Ultimate Humiliation: This 7th-Grade Boy’s Mom Made Him Go Into Victoria’s Secret With Her While She Shopped For Thongs, And All His Classmates Were Watching From The Auntie Anne’s Across The Mall 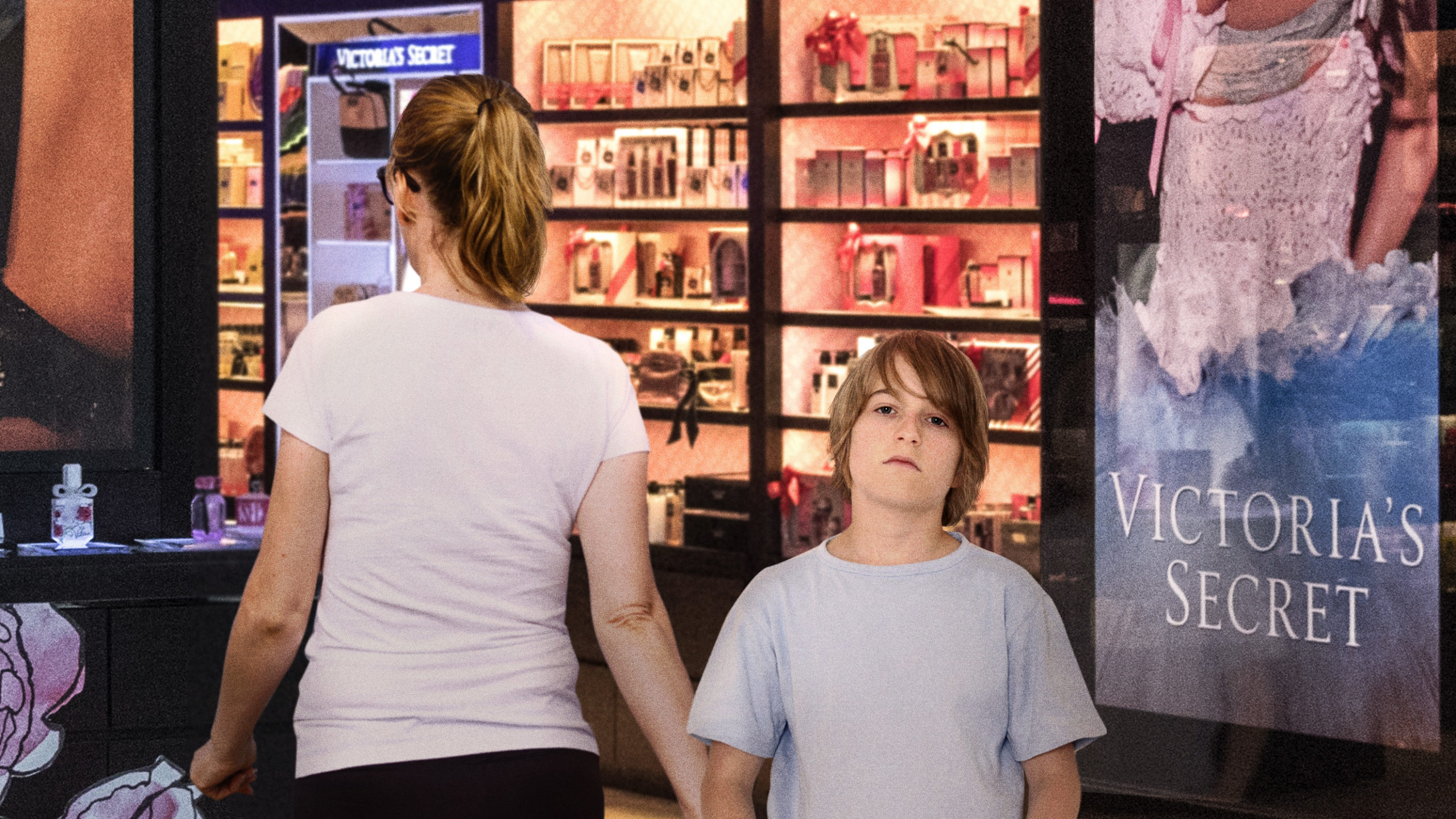 If you happened to be shopping at the Maplewood Mall in Elko, NV yesterday, there’s a good chance you saw every middle schooler’s worst nightmare playing out in real-time: This seventh-grade boy’s mom made him go into Victoria’s Secret with her while she shopped for thongs, and all of his classmates watched it happen from the Auntie Anne’s across the mall.

Poor kid. He’s not gonna live this one down for a long, long time.

After taking him to JCPenney yesterday to buy some new dress pants for his upcoming orchestra concert, middle schooler Caleb Murray’s mom decided to stop into Victoria’s Secret to shop for some intimates since they were already at the mall anyway and she didn’t want to make a second trip. Much to Caleb’s horror, his mom then immediately beelined for a display featuring some of the store’s raciest garments, holding up various thongs, negligees, and bras to her body while saying things like “Ooo, your father will really enjoy this one” and “This will give me some much-needed lift.” If this weren’t already embarrassing enough for the 13-year-old, things only got worse when he heard uproarious laughter coming from nearby and realized that dozens of popular kids from his school had been watching the whole scene unfold from the Auntie Anne’s location across the way.

“Doesn’t Mommy look nice, sweetie?” asked Caleb’s mother as she emerged from a dressing room wearing an incredibly revealing satin slip, much to the delight of the boy’s sneering classmates, many of whom had taken out their cell phones to document the scene in crystal-clear 1080p to later post on social media. “I think it’s a bit tight, but that’s because I’m on my monthly right now and my breasts are a little swollen. The fit should be a little better once I finish my cycle.”

“Whoopsie!” she added as one of the garment’s straps slipped off her shoulder, momentarily revealing her entire right breast, prompting cheers and screams of glee from the gallery of teen spectators.

The profoundly upsetting saga was only just beginning for Caleb, who was then tasked with helping his mom lace up the back of an alarmingly risqué bustier she was trying on, as well as assisting her in fastening the garters for a matching pair of sheer panties. As the humiliated boy worked to secure the titillating ensemble to his 48-year-old mother’s body, more and more kids from Caleb’s school showed up to gawk at the spectacle, to the point where they could no longer fit inside the Auntie Anne’s, forcing the crowd—now numbering in the dozens—to move even closer to the Victoria’s Secret entrance. Although Caleb was mortified beyond belief by the looming presence of his jeering, snickering peers, his mother remained utterly oblivious, too focused on finding the perfect sensual getup for her upcoming anniversary trip to Scottsdale with her husband.

“Hmm, I think these cups are running a little large,” muttered Caleb’s mother to herself, emerging from the fitting room in a loose-hanging leopard-spotted corset, eliciting raucous cheers and applause from the herd of adolescents staring transfixed from the store’s entrance. “Normally I’m a 32DD, but I think I might have to go down a size on this one.”

“Can you go grab Mommy a 34D?” she continued, her attire leaving absolutely nothing to the imagination for the massive throng of wide-eyed teens, the very same teens who will be determining her son’s fate, socially speaking, for the remainder of his childhood years and whose unempathetic, still-developing brains are neurally hardwired to respond to such a scene with only the purest, most uninhibited expressions of cruelty and bullying. “Just crawl under the fitting room door and hand it to me—I can’t come out and get it because I’m completely naked.”

As the red-faced Caleb dutifully went to retrieve the different-sized corset, the traumatic situation escalated even further, as all three of his biggest crushes—Abby, Chloe, and Makayla—appeared front and center of the crowd of his peers and proceeded to point and giggle derisively at him, all but obliterating his romantic prospects for the foreseeable future. Adding insult to injury, it was at this moment that he looked down and discovered to his great horror and confusion that an involuntary erection had sprung up beneath his blue jeans—an astonishingly ill-timed occurrence that did not go unnoticed by his peers, who then immediately broke out in a merry chant of “Boner Boy! Boner Boy!,” a new nickname that will almost certainly now follow him until he goes off to college.

Sheesh. That is absolutely brutal.

It’s hard to think of a more devastating sequence of events that could befall a middle-school boy, but here’s hoping Caleb can find a way to bounce back. He’s got a small solo in the orchestra concert next week, so maybe that will help him win back some of the social clout he lost in this disastrous outing to the mall. Hang in there, buddy, and good luck going back to school!