Um, Yeah, No One Really Wants To Deal With Your Bullshit, Dude: A Cat Burglar Just Clearly Followed You Inside Your Building And Is Now Pinned To The Wall With His Fingers To His Lips 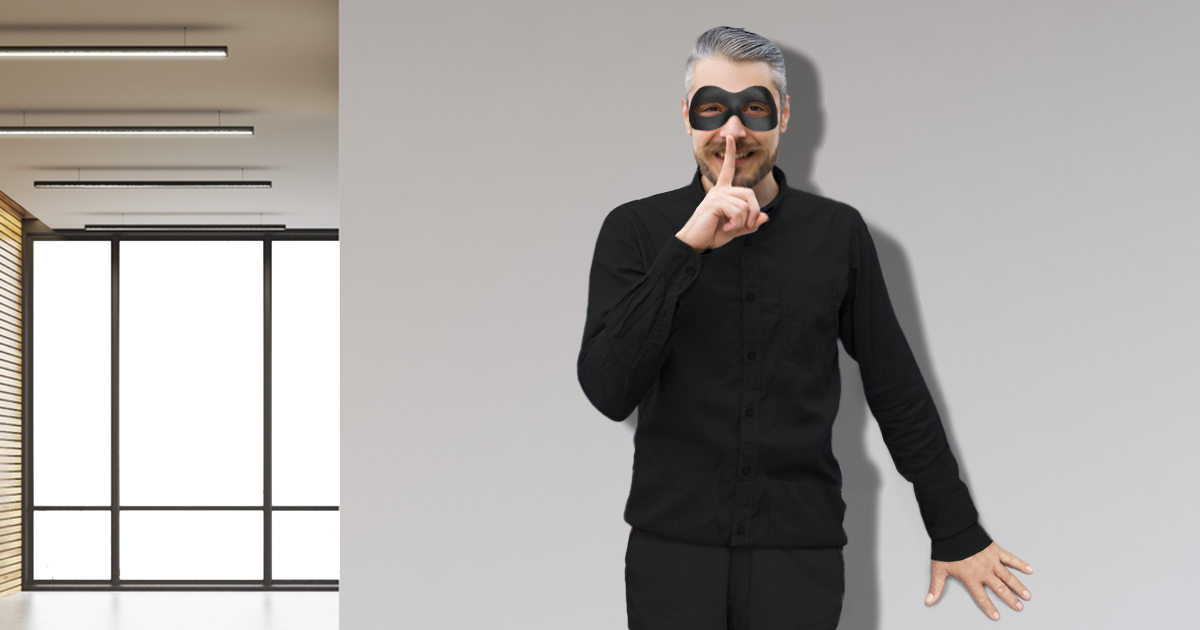 At the end of a long day, all you want to do is curl up peacefully in your home and relax, but right now there’s something incredibly annoying going on that is seriously ruining the vibe: A cat burglar just clearly followed you inside your building and is now pinned to the wall with his fingers to his lips.

Jesus, man. No one’s got the energy for this shit.

You felt that something was off the moment you opened the door to get into your building’s lobby, and you were correct, because right behind you, this gloved fucker dressed in all black was doing a quiet little creep-walk in your shadow and then slipping sideways to follow you through front door just as it swung closed. You tried to just sigh and brush him off, but now he’s literally pinned up against the hallway wall with a finger to his mustachioed lips and this stupid little smirk on his face, which is basically just begging you to scream “Cat burglar!” But you’re not gonna give him that satisfaction, as it’s obvious that that’s exactly what this attention-thirsty freak wants.

Uh…can you just go away, dude?? There aren’t any, like, jewels here, okay? This isn’t fucking Oceans 11.

Try as you might, it’s pretty impossible to ignore this dork inching theatrically along the lobby wall, especially because he just pulled out a burlap sack with a big dollar sign on it as if he’s going to find anything more valuable than a PS4 console anywhere in the building. Plus he’s got on what look like black ballet slippers and he’s arching his little feet like a motherfucker with every prancing step, which is about 100 times more annoying than it would have been if he’d just busted into someone’s apartment and held them up at gunpoint. He seems to think there’s something impressive about the way he just dropped into a somersault and then popped up into a crouching position at the base of the stairs, but the truth is that he’s mostly just getting in the way, and no one is in the mood for it right now.

Oh, also, the mask? It’s not Halloween, loser. Act like a grownup.

Even though you just rolled your eyes and walked away when he tried to make eye contact again, the ordeal is clearly not going to end anytime soon, because the cat burglar literally just grabbed suction cups out of his weird black satchel and is now trying to attach himself to the wall by the stairwell. Of course, he could just walk up the stairs if he wanted to, but it looks like he’d rather hang onto the ceiling whispering “the emeralds will be mine!” and generally driving you fucking nuts on what should have been a perfectly normal weekday evening.

Enough, man. Just go rob whoever you’re going to rob and get the hell out of here.

Since you have to go up the stairs to get to your place, there’s no avoiding this guy, so hopefully he doesn’t try to, like, taunt you with a rhyme or whatever these weird fucks do. It’s ridiculous that this guy thinks anyone is in any way impressed by his whole deal, but he’s putting on a real show, so let’s hope he’s getting whatever it is he wants out of it. Enjoy your emeralds and your stupid mask, dude.