Unfair Advantage: Wealthy Families Are Paying Thousands Of Dollars To Have Men Chuck Apples At Their Kids’ Heads If They Aren’t Studying 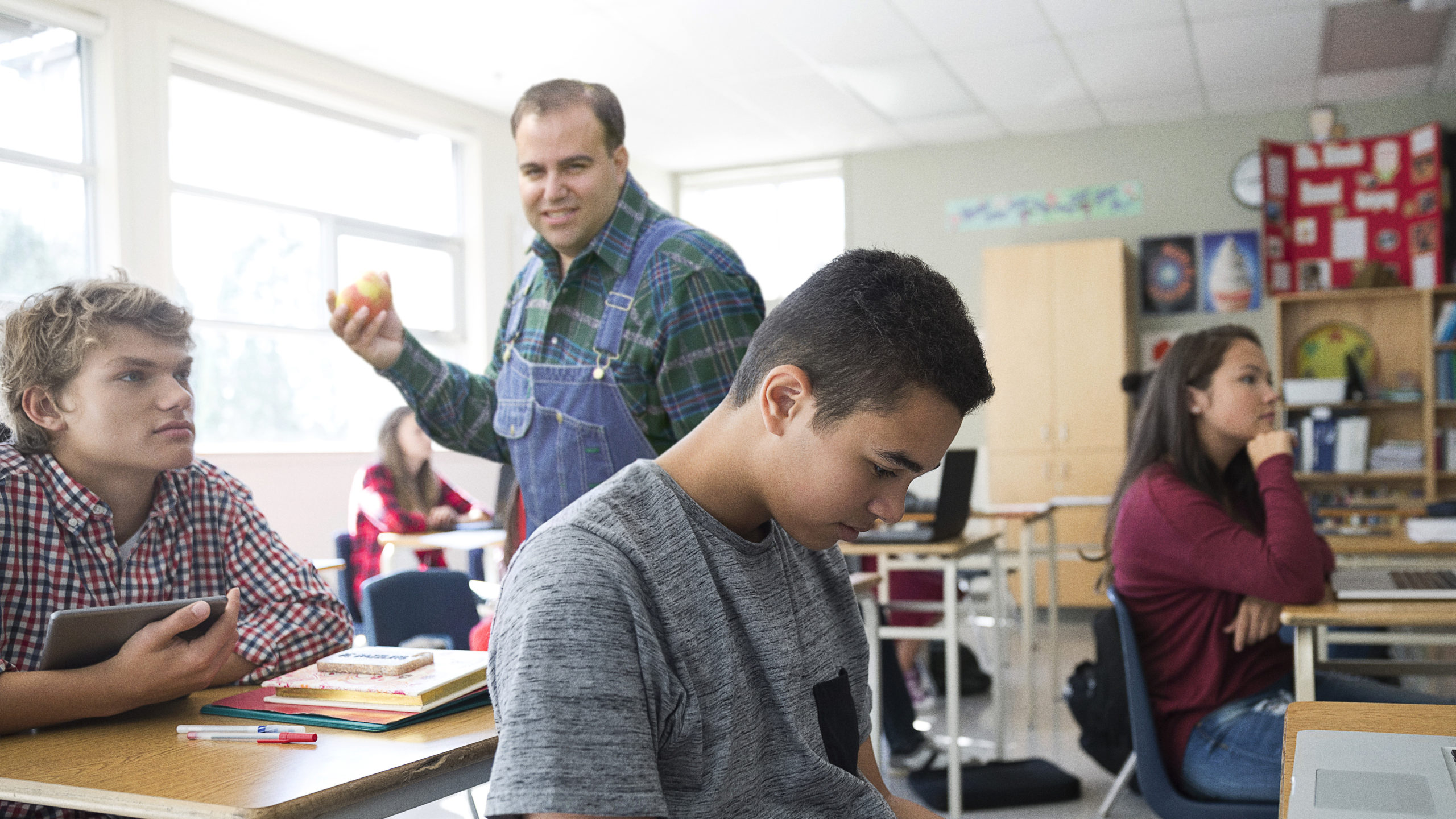 It often seems like when it comes to educational success, the odds are heavily stacked in favor of the rich. Sadly, this story just goes to show how badly the game is rigged: Wealthy families are paying thousands of dollars to have men chuck apples at their kids’ heads if they aren’t studying.

Totally unfair. These kids have had every leg up in life, and this only increases their chances of succeeding over their peers.

According to a recent educational survey, well-to-do parents are paying up to $10,000 a year to hire silent, overalls-clad men to follow their children around and pelt them with apples any time they show signs of becoming distracted from their studies. Many parents providing this extra help for their kids will stop at nothing to give their offspring an advantage, paying exorbitant hourly rates to hire the strongest, most accurate apple throwers available to follow their kids to classes and after school study sessions and ensure they get an apple to the dome the second they so much as glance at their phones while they should be working.

This is another glaring example of how the so-called meritocracy isn’t actually based on merit at all. Ever since the trend popped up in upper-class American suburbs, testing data have shown that kids who get bonked on the head with a big, red apple every 10 to 15 minutes while they do their homework score consistently higher on the SAT and have more successful college applications than their counterparts.

“It’s totally unfair that some of my students have the luxury of looking over their shoulders every time they stop studying only to see a man staring at them, apple in hand, winding up—whereas other kids just have to motivate themselves,” said Nancy Devlin, a Westchester County public school teacher in New York. “We’ve created a system in which only kids with the money to pay for dozens of hours a week of extra help,and bushels upon bushels of apples can succeed.”

Lower-income kids all over America are doing their best to keep up with their more privileged counterparts, but many have to settle for hurling apples back and forth at one another or asking tired, overworked parents to distractedly toss fruit at their heads while cooking dinner. And many of these kids’ families are able to afford no more than a single, meager red delicious apple while their wealthier classmates pay for entire sacks full of dense whoppers of the honeycrisp variety.

Sadly, this is just how education works in our highly unequal country. Our nation’s Department of Education needs to figure out a way to get enough strong men and apples to help all of our school children achieve. Until then, good grades and higher education will remain the province of the rich.