Unimaginable: This Psychopath Watched A Whole YouTube Video On The Train At Full Volume 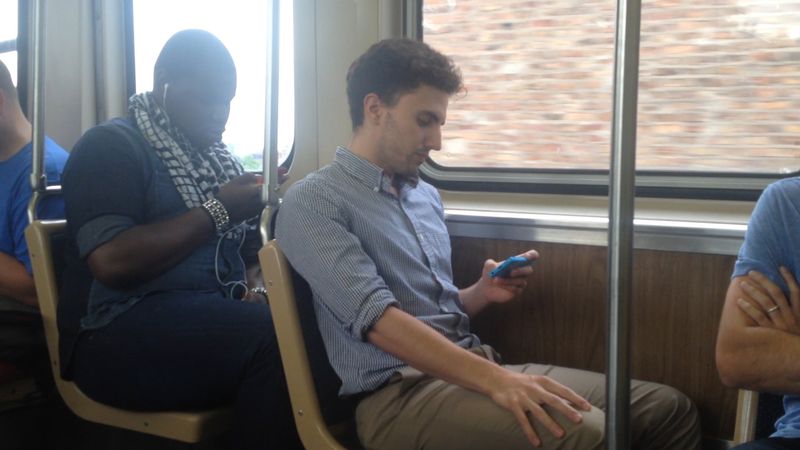 No one saw it coming.

Passengers on a southbound St. Paul Amtrak were left shaken and confused yesterday after a presumably mentally ill man watched the entirety of a YouTube video on his phone at full volume. Commuters on the train say that at approximately 5:37 p.m., the still unknown psychopath opened the YouTube app on his iPhone and watched the music video without ever once pausing it or acknowledging his fellow passengers.

The incident lasted merely two minutes and 35 seconds, but those on board the train say they will never forget it.

“It was ruthless,” said Alexis Vargas, who managed to catch the incident on her phone as it happened (see below). “He just sat there, staring at the screen with the volume on loud. He was surrounded by people. Adults. Kids. He left no one undisturbed.”

“What kind of monster does something like that without using headphones?” she added.

Witness accounts describe a scene of chaos and frustration. Passengers looked on helplessly as the unnamed man ruthlessly inconvenienced them one by one with his inconsiderate choice of personal entertainment. Finally, one brave woman tried to stop him by giving him a look, but he just ignored her and watched the rest of the video.

“It’s something you hope never happens to you,” said Vargas. “And when it does, all you can do is pray. Pray the video is short, and that once it’s done, he won’t start clipping his nails or playing guitar or doing some other activity that is clearly inappropriate for public transportation.”

For now, the psychopath is presumably still at large, and also in possession of a big bowl of curried halibut to eat on a future train.