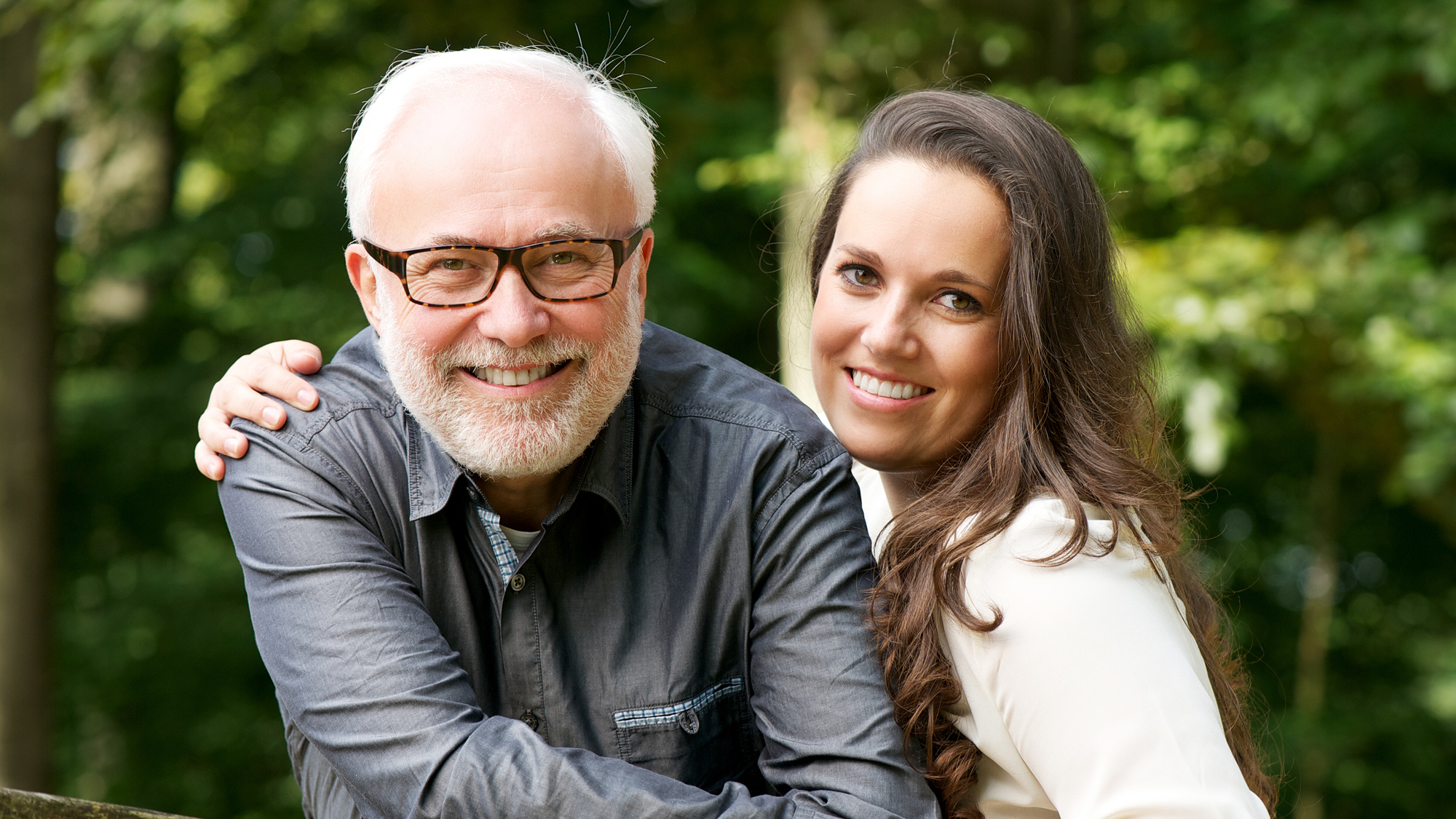 Prepare for the most heartwarming thing you’re going to read all day, because an unlikely duo have come together in one of the cutest and most unexpected animal friendships in the natural world: This 55-year-old man is dating a 23-year-old woman.

Wow! They couldn’t be more different, but that didn’t stop them from forming an incredible bond.

While you might not think a 55-year-old pharmaceutical marketing executive and a 23-year-old barista and aspiring fitness Instagram influencer would be natural companions, an incredible friendship has blossomed between this big, wrinkly grump and his adorable little pal. The 55-year-old man loves to give gifts of food, money, and expensive clothes to the 23-year-old, and she gives him all the nose-nuzzles and kisses his whiskery old face can handle whenever he gets lonely while his wife is away on a business trip.

We are officially experiencing a cuteness overload!

These fast friends managed to transcend their innate differences to support each other like this in just the three months since the woman moved to New York to become a model, and now they play together in nightclubs and cheap hotels whenever they get the chance. Their favorite thing to do is snuggle up close against each other on the dance floor, and seeing the 55-year-old wrap his thick, hairy arms around the 23-year-old’s tiny waist to keep her warm in the skimpy cutout dress he bought for her will make even the most hardhearted onlooker go “Awwww.”

You don’t need a degree in ecology to know that this one-of-a-kind animal friendship is special!

The 55-year-old cares about his 23-year-old companion so much that he texts her every single night they aren’t together to ask where she is and who she’s with, and he protectively puts his arm around her anytime he notices a man her age look anywhere in her general direction! It’s so adorable to see him looking out for his friend like that! It’s possible that their delightful camaraderie will have to end when the man migrates down to Florida for the winter, but considering how close these two pals are, we wouldn’t be surprised if he rents out a small apartment using the bank account his wife doesn’t know about to bring the 23-year-old with him!

It’s so sweet to see two creatures with so little in common form such a deep and understanding friendship. We can’t wait to see all the fun little adventures these mismatched besties will get up to in the future!