Unlikely Animal Friendship: This Badger And Owl Are Still Friends Even Though The Badger Had Sex With The Owl’s Mate 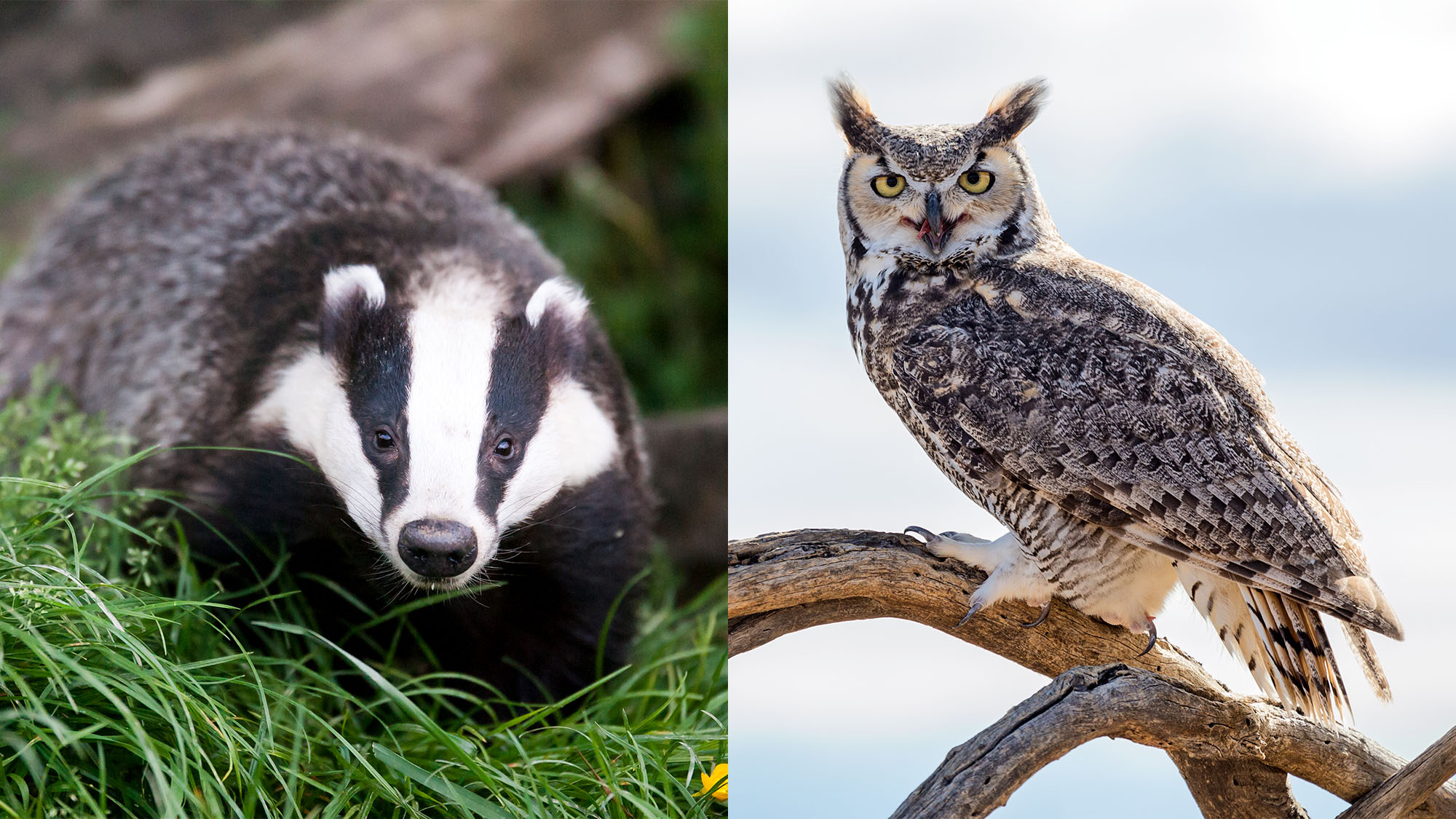 There’s pretty much nothing cuter than when two animals from different species who you would never expect to give each other the time of day end up becoming best friends. So this awesome story of an unlikely animal friendship is absolutely going to melt your heart: This badger and owl are still friends even though the badger had sex with the owl’s mate!

Awwwww!! Who would’ve thought a friendship as adorable as this could happen?!

Freckles the badger and Harold the owl are just two of the many animals who make their homes in the Spring Creek Nature Preserve in Medina, OH, and they have a very special relationship—park rangers familiar with the creatures say that the two have been best friends for a year, and remain so even after Freckles had sex with Harold’s mate, a female owl named Athena! It took a couple of tense days after the incident for the two to get back to their heartwarming BFF activities like playfully chasing one another around the park and snuggling up for naps, but now this badger and owl are closer than ever despite the badger’s adultery, and we are obsessed!

Please excuse us while we slip into a cuteness coma. This is officially the greatest thing that has every happened!

Park rangers say that Harold was pretty depressed when he first returned to his nest to find his best badger friend Freckles engaged in furious intercourse with his Athena. The poor owl was completely overcome with shock when he first Freckles’ tail flailing around rhythmically as he made love to Harold’s mate, her wings extended to their full span as she flapped them in ecstatic pleasure.

Rangers say that they weren’t sure if the friendship between the badger and the owl he betrayed would ever recover. For the first few days after the incident, Harold stopped doing the adorable thing where he rides around on Freckles’s back while Freckles hunts, and instead spent his time banging his head repeatedly against the trunk of the tree he lives in and screeching. But now, the two have totally moved on and spend all day frolicking through the park together like nothing happened!

So sweet!!! Our hearts are melting!

Even though it seems like Athena was pretty into the whole thing with Freckles, and has been following him around ever since, Harold not let his super cute bond with Freckles suffer in the slightest. In fact, the total BFF vibes are stronger than ever! Harold and Freckles have been spending every fall day together, and Harold has even caught several voles and brought them to Freckles so the two of them could eat together! They are just like two peas in a pod, and if Harold harbors any hard feelings toward his badger pal for sleeping with his mate, he hides them well! It is just too cute for words.

Yep, this is an unlikely animal friendship for the ages! If Freckles and Harold can survive this kind of blatant infidelity involving Harold’s wife, they are sure to be lifelong BFFs! We are totally obsessed!