Unthinkable Cruelty: A New Investigative Report Has Uncovered The Lab Where The DNC Is Testing Cory Booker’s Presidential Appeal On Animals 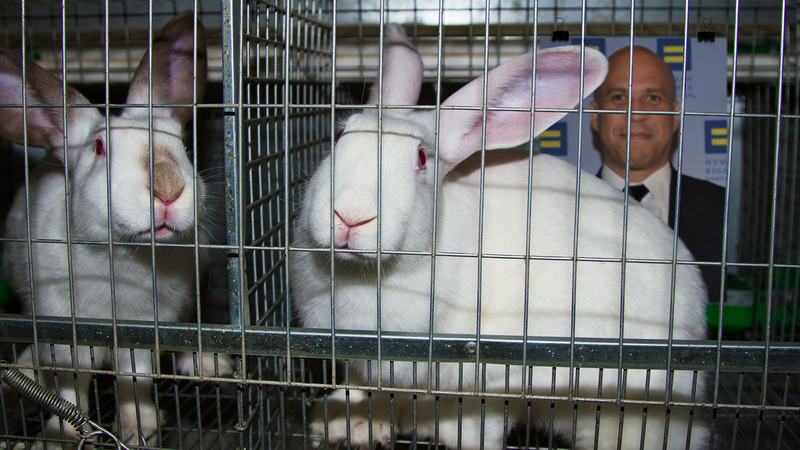 Since Donald Trump was elected president, the Democratic Party has been scrambling to find a candidate who can take him down in 2020. Unfortunately, though, it seems like leaders within the party will stop at nothing to ensure victory: A new investigation has uncovered the lab where the Democratic National Committee is testing Cory Booker’s presidential appeal on animals.

Disgusting. It’s this type of corruption that hurt Democrats two years ago, and now they’re doing it all over again.

According to the shocking 20-page document, the DNC reportedly poured billions into an underground facility where scientists have run countless inhumane experiments on animals to gauge the New Jersey senator’s potential for a presidential run. When undercover agents busted the lab, they reportedly found hundreds of animals, many of which were dead, that were forced to participate in brutal experiments where they had to choose between Cory Booker and other potential candidates.

“Months of undercover audio recordings revealed that the DNC had crammed countless pigs into small, dark cages and forced them to listen to Cory Booker’s speech against Jeff Sessions’ confirmation,” read the horrifying report, which was leaked online yesterday. “These egregious animal rights violations went on for years, totally unchecked. Blurry photos taken by agents showed that party officials got mice addicted to opiates and then withheld drugs until footage played of Booker at a blue-collar factory. ”

“In other experiments, DNC scientists starved rats and then showed them a video of Booker at a Hurricane Sandy cleanup effort,” the report continued. “Then, only when the rats pressed a lever in front of either were they given food. The conditions in these labs were absolutely disgusting, to say the least.”

Wow. This is what pure evil looks like. While the DNC has reportedly shut down the lab, you have to wonder if all the data they collected was worth it, especially considering that they ran experiments where they implanted electrodes into apes’ brains and measured their cerebral response to the phrase “Vice President Kirsten Gillibrand.”

What has even become of the Democratic Party? With this undercover evidence, it’s dismally clear that Democrats will do whatever it takes to get Cory Booker, or whatever candidate they choose, into office. Hopefully, at the very least, the public outcry over the DNC’s horrible crimes will show the Democratic Party that this kind of behavior has no place in politics, and that all its animals should be set free.