Uplifting: This Donated Computer Lab Helps Students Take Their Cyber-Bullying To The Next Level 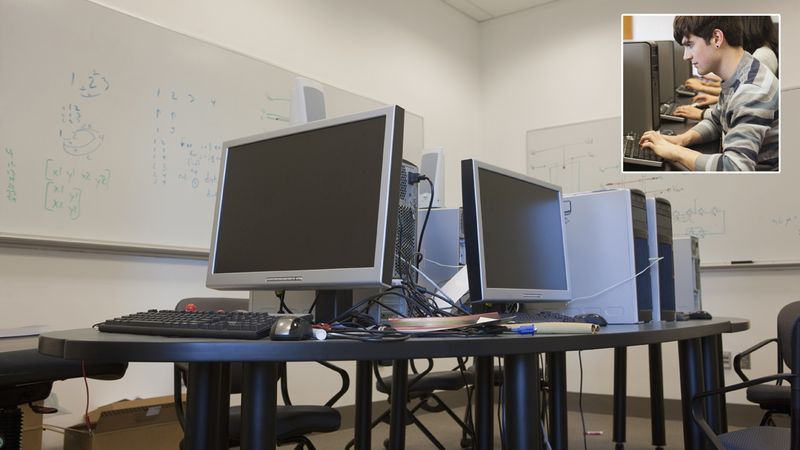 There is no clearer example of our economically stratified country than the state of our underfunded public schools. But one generous man is seeking to level the playing field by donating the resources for a new computer lab, so that students attending Polk High School in Baltimore can learn about and excel in cyber-bullying at the level of students in high-performing schools.

Samuel Hammond, of Hagerstown, MD, saw that Polk High students were online bullying at way below the national average, and he decided to do something about it.

“I looked at the computer resources my son has at his school, and how good he and his classmates are at terrorizing unpopular students on social media,” explained Hammond. “But I knew that with the right resources, they could really expand their ability to taunt and humiliate their classmates. That’s when I knew I had to act.”

So, he took action. And so far, the results have been astounding.

Before the donated computer lab was set up, the number of students at Polk High who had created fake Facebook accounts to mock unpopular students was as low as nine. Today, that number is 43, nearly rivaling the number of cyber-bullies at nearby privately funded high school St. John’s Preparatory.

“The positive effects are already being felt,” said Polk High chemistry teacher Miranda Stevens. “A young girl in my class just made a Twitter account called ‘Kendras_Arm_Fat,’ made solely to humiliate her classmate. If you talked to me a month ago, I would have said that was impossible.”

Want to help out? You don’t need to donate a computer lab to be able to make a difference; even giving an old laptop or tablet to a school in need can go a long way in providing underprivileged students opportunities to really achieve their potential in crafting hurtful comments on Instagram that instill insecurity and solitude in loser classmates.

“Access to social media bullying shouldn’t be based on income,” said Hammond. “One student at Polk has apparently already committed suicide due to being catfished by his classmates, the result of an effort that required them to work together to craft a fake persona across more than five social media accounts. It absolutely brings a tear to my eye.”