Walking The Walk: Scott Pruitt Just Chained Himself To A Coal Power Plant To Protect It From EPA Regulators 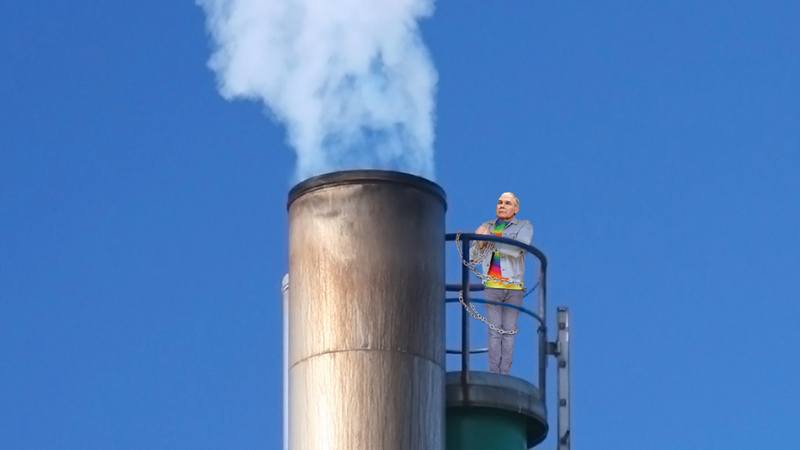 Environmental Protection Agency head Scott Pruitt may only have had the job for a few months, but he’s already making good on his promise to shake things up. This morning, Pruitt chained himself to a coal power plant to protect it from environmental regulators who were hungry to shut it down!

No matter what you think of his policies, you’ve got to admit, the man practices what he preaches!

When some lawyers from the EPA said they were going to go shut down an 80-year-old coal power plant in rural West Virginia, Scott Pruitt wasted no time hopping into his 1962 VW bus, driving six hours down the highway, and chaining himself to a smokestack at the Amos Valley Power Plant. As a crowd of onlookers gathered, Pruitt said he refused to leave until the “government cronies” promised they wouldn’t shut the plant down.

Wow. Looks like Scott Pruitt is really sticking to his guns on this one. Even after the police arrived and ordered him to desist, Pruitt proceeded to spend the next full day and night sitting on the front steps chanting “Save the plant!” over and over through a megaphone, at one point removing his tie-dye shirt to reveal the words “Coal Forever” written across his bare chest. Things then got ugly when one of the environmental lawyers approached Pruitt the next morning and tried to reason with him, causing him to launch into a violent tirade against clean energy that ultimately ended in his arrest.

“If you want to shut down the plant, you’re going to have to go through me,” the EPA chief screamed while the police tried to subdue him using tear gas and rubber bullets. “Clean Air Act my ass, fucking establishment scum. Even if you take me down, there will be 10 more just like me who rise to protect this sacred place! Love is stronger than hate!”

As he was escorted to the back of a police van kicking and spitting at the officers, the head of the EPA left zero doubt in anyone’s mind that he’s a man of his word. Needless to say, it will be interesting to see what he does over the next four years!