War On Christmas? Historically Black Churches In The South Keep Getting Burned Down 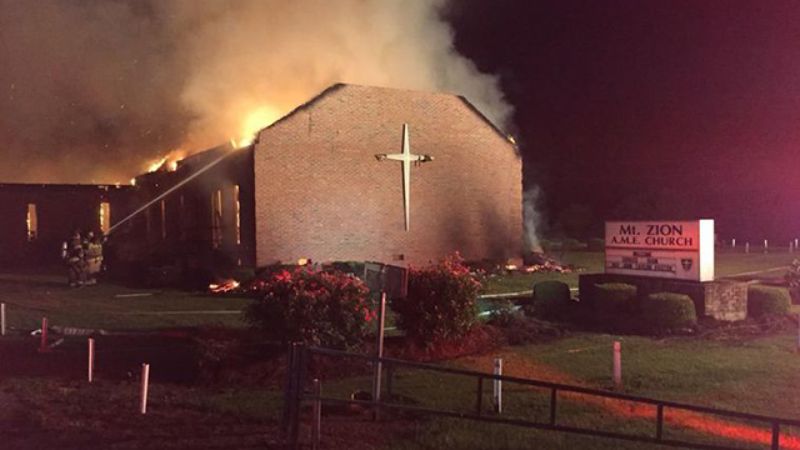 If you’re keeping score at home about whether or not a “War on Christmas” is going on in this country, it looks like you can add another tally to the “Yes” side: Historically black churches in the South keep getting burned down.

Yep, this one’s pretty much an open-and-shut case.

Sure, it’s easy to write off the War on Christmas as hyperbolic, but from Briar Creek Road Baptist Church in North Carolina to God’s Power Church of Christ in Georgia, 2015 has seen multiple fires intentionally set to predominately black churches. It’s pretty difficult to say that there isn’t something going on when stuff like this keeps happening.

Just look at the facts: Cashiers now say “Happy Holidays” instead of “Merry Christmas.” Nativity scenes are being removed from city halls. Churches where members of the African-American community go to celebrate their faith are getting deliberately burned down. And of course, who can forget the recent Starbucks red cup fiasco?

This isn’t the first time these types of churches have been burned down, either. With a little digging, you’ll discover that it’s clear that they have been targeted and purposely set ablaze for decades, going back well before the 1960s! The phrase “War on Christmas” is a fairly recent addition to our lexicon, but when you look at the long history of terror that has been waged against black churches, it definitely seems like a war has been going on for much longer—even before people started saying “Winter Break.” Whatever that is.

Oh, and just last month, the FBI arrested two men who were planning to bomb a primarily black church. Of course, we understand that not everyone celebrates Christmas, but isn’t this going just a little too far?

With the holiday season coming up, you’ll hear a lot of people dismiss the War on Christmas as a right-wing talking point. But the next time you hear someone say “Happy Holidays” or read about a predominantly black church burning down, maybe you’ll think twice.