‘We Don’t Know Where He Came From, But He Did A Great Job’ 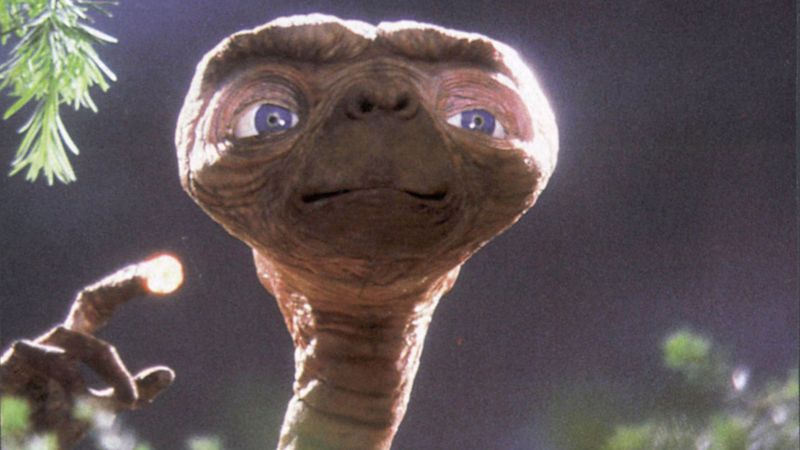 One of the most beloved and magical films ever made, E.T. The Extra-Terrestrial has touched millions worldwide since its release in 1982. But even though it holds such a special spot in the hearts of moviegoers, the actors who brought the characters to life have largely been forgotten—particularly the man behind the film’s titular role.

According to Steven Spielberg, the film’s director, the actor who played E.T. had never acted in a film before and hasn’t acted in another since.

“We don’t know where he came from, but he did a great job,” Spielberg said, recalling a strange day during pre-production when a peculiar, slimy man waddled into a casting meeting and introduced himself as Carl Wozniak. “We’d originally planned to use a puppet for the part of E.T., but when Carl came along, we knew we’d found something special.”

Declining to reveal any details beyond his name, Wozniak initially made Spielberg a little uneasy, but any hesitation the director had quickly faded away.

“The way he sort of stumbled around with his belly dragging on the ground, he felt like a very natural fit for the role,” Spielberg said. “And he had that great, long, extendable neck, which I hadn’t at first envisioned for the character, but ultimately, I think it ended up being one of E.T.’s defining traits.”

Spielberg says that Wozniak was a consummate professional throughout the shooting process, getting along well with his fellow cast members and always arriving on set early with his lines rehearsed and ready to go. He was such an ideal fit for the role that Spielberg would often film him simply being himself, later using some of the footage to create scenes that weren’t originally in the script, including the one where E.T. tries to eat Elliott’s toys.

Yet despite being comfortable in the role, Wozniak continued to shy away from revealing details about his personal life, divulging only that he was in his early 50s and that he’d been born somewhere outside of the country.

“He was certainly a mysterious guy—you never knew where he went off to at the end of the day, and he always left wet spots wherever he sat,” Spielberg said. “But I just took it that he was a committed actor who was very serious about his job.”

“And to his credit, he really sold that role,” he continued. “By the time we wrapped, E.T. felt very real to all of us. We were all very emotionally invested in what Carl had created.”

On the last day of shooting, Wozniak arrived on set with coffee and donuts for the crew. He performed in his final scenes, gave each of his fellow actors a hug, and then simply disappeared, leaving Spielberg with no contact information or knowledge of his whereabouts. To this day, no one involved with the film has heard from him. But Spielberg still thinks of him from time to time, and he likes to imagine that Wozniak is still out there somewhere, thinking about him too.